As 2020 continues on, things have gotten rather tense. As the old adage goes, when it ...

As 2020 continues on, things have gotten rather tense. As the old adage goes, when it rains it pours.

As if being in the middle of a global pandemic wasn’t enough, the nation would be exposed to the senseless killing of George Floyd. This is the situation that has rightfully been met with widespread outrage is one that many have a variety of different responses for.

Naturally, protesters would make their way to the street and order to try to have their voices heard. Simultaneously, other individuals took it upon themselves to begin a riot. This rioting has included a variety of different measures from breaking into stores to setting police cars on fire.

At the end of the day, complete chaos would unfold in many cities across the country. What started in Minneapolis would spread to cities like Chicago and Philadelphia. While the backdrop would differ, the scene would look relatively similar as individuals took to the streets. The byproduct of these riots would end with small businesses being destroyed and potentially even put out of business thanks to the violence.

This time, we ride along with a motorcycle vlogger who took it upon himself to explore the city of Chicago during the protests and riots. Make no doubt about it. No matter what someone’s opinion is on these matters, we are experiencing history in the making. It’s unclear how exactly the future version of society will look back on this period in time. However, this is going to be a situation that is going to be remembered for decades.

The video below showcases the night as it begins to unfold. The man behind the camera, brian_636 on YouTube, does decide to make his way home before nightfall hits the city. However, even before then, lots of activity makes its presence felt. 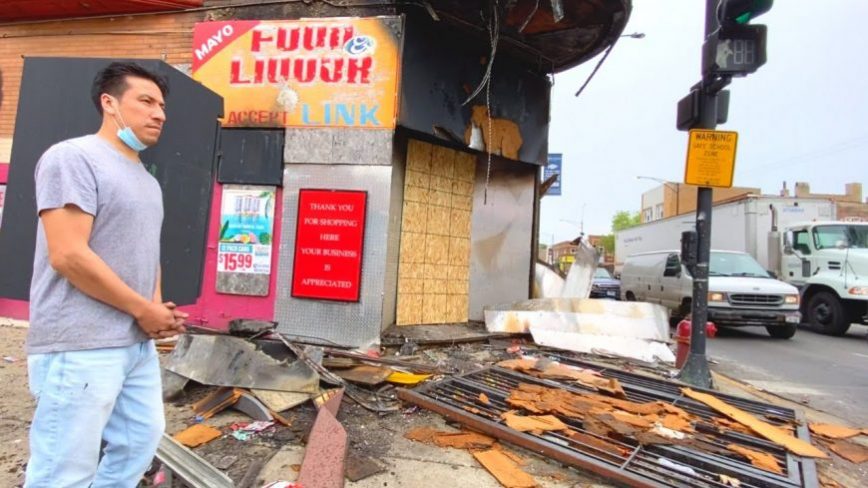