Over the past couple of weeks, America has been met with a period in time that ...

Over the past couple of weeks, America has been met with a period in time that we’re not sure many people saw coming. As 2020 has rolled on, it’s kind of wild think about how the year has developed. What started off with a global health pandemic has evolved into even greater unrest on the heels of the murder of George Floyd.

From there, protests would pop up and rioters would move alongside the protests with their own separate motives. As cameras rolled across the country, we would see these rioters loot and burn things to the ground. This move by rioters has not only overshadowed those who choose to protest peacefully. Many of these rioters seem to have destroyed their own communities as well in a move that has many perplexed.

This time, we ride along with a motorcycle vlogger, brian_636, as he takes it upon himself to show us what has happened in Chicago. Much like many other cities across America, Chicago has been met with a great deal of violence. In the community that our host says is already rather violent, things seem to have been amplified as pure destruction has unfolded.

As we make our way around the community, it now appears as if there will have to be a massive rebuilding effort. These riots seem to have erased a lot of the progress that the community had been making toward a better tomorrow.

The video below showcases the fallout that has come to life as a result of the pure anger left in the streets of the city. As if 2020 didn’t start off with enough uncertainty, it seems like this uncertainty has only stood to grow. Small business owners seem to be taking the majority of the impact for a situation that they really had nothing to do with. 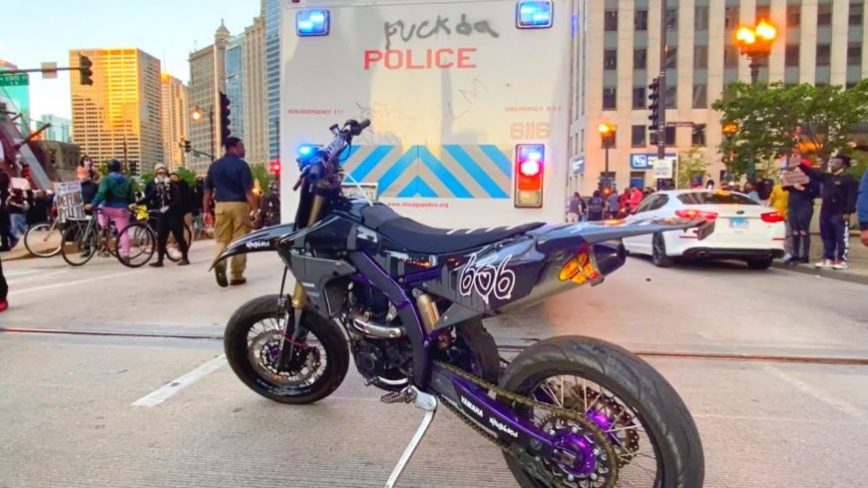