MotoGP Rides Dumps Bike Over Blind Crest, Scurries Out of the Path of Speeding Competitors

MotoGP Rides Dumps Bike Over Blind Crest, Scurries Out of the Path of Speeding Competitors

MotoGP riders will frequently reach speeds of 200 mph on the race track. The thought ...

MotoGP riders will frequently reach speeds of 200 mph on the race track. The thought of dumping over a motorcycle at anything even resembling that sort of speed is enough to strike fear in just about anybody. Needless to say, it takes insane courage to be able to get behind the handlebars of one of these things and have at it in a competitive high-speed environment like this.

For Spanish Moto2 rider, Aron Canet, he would come face to face with a downright nightmarish sequence this past Saturday during a qualifying session at Portimao in Portugal. The track is known for its various changes in elevation.

After encountering one of these changes, the rider in question would end up going down in a hurry. That wouldn’t be the end of the sequence, though. As if sliding along the ground at such a high rate of speed wasn’t enough to get the adrenaline flowing, his slide wouldn’t manage to carry him from the surface of the track. Instead, momentum would run out, leaving the rider on the racing surface.

Under normal circumstances, this would be a dangerous situation. However, things are taken to a new level when considering that the crest that Canet just crossed would create a scenario where the riders following him couldn’t see the other side. Because of this, Canet did his best to regain his bearings and put together the coordination to get to his feet before ducking in between the oncoming traffic.

We can’t really say that we know for sure exactly what the proper form is in a situation like this. However, we have to say that it looks like Canet was incredibly fortunate to get out of this tough spot. As if that weren’t enough, he was still able to qualify 15th after the incident and continue on with the race over the weekend. 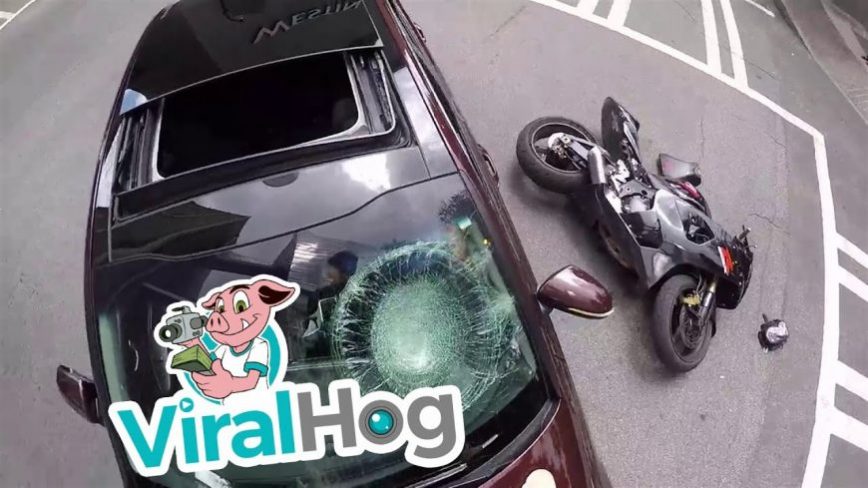