Whenever the topic of hitting the water at a high rate of speed comes up, someone ...

Whenever the topic of hitting the water at a high rate of speed comes up, someone always brings up the idea that the phenomenon is much like hitting concrete and for good reason. Let’s just say that you come into contact with the water when your body is moving a lot faster than the surface beneath you – it’s not something that you’re going to want to shoot for. However, sometimes, or most of the time, when someone is in a situation like this, I would venture to think that there’s just nothing that they can do in order to avoid it. When it’s too late, it’s already too late so you’d better brace yourself for impact.

This time, we check out a couple of insane boosted jet skis, machines boasting wild turbo setups, mounted in the front, that absolutely look intimidating, to say the least. When you see them head out to the water, they obviously show that they have the performance to match their appearance, rocketing to over 100 mph as they throw riders through a loop, giving them the ride of a lifetime as they hang on to the handlebars for dear life, zipping across the top of water as they leave fear behind, really pushing the limits on exactly what can be accomplished out there on the surface of the water.

Follow along in the video below is this poor rider gets up to an insane amount of speed, making the most of the ski before it decides to throw him off at north of 120 mph as the engine decided to lock up on the spot. I’m not sure about you, but that’s certainly something that I would never want to try to take on like this. I’m sure this rider is definitely going to be feeling that one in the morning. Next time he hops behind the handlebars of a machine like this, this poor dude is probably going to be a little bit apprehensive as to exactly how he takes on that throttle.

How did the Manta Ray Boating Tube Get Banned? It Just Looks So Sketchy 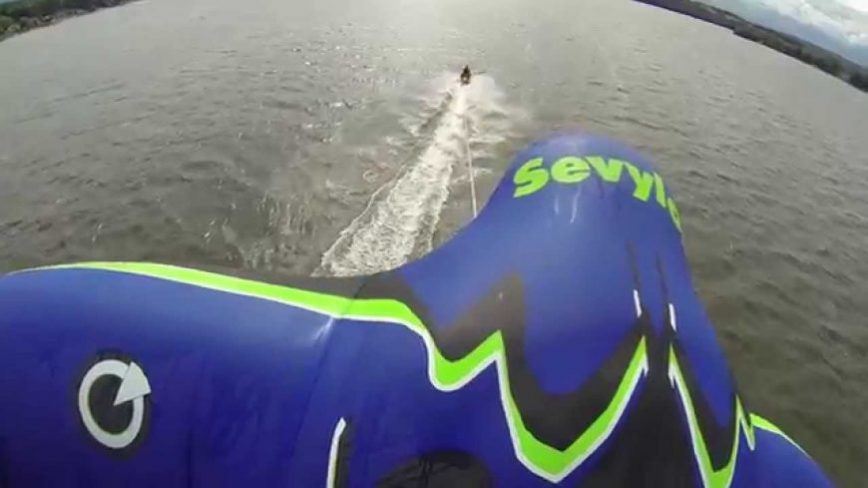