Motorcycle Drift Limbo Has Our Adrenaline Through The Roof

Motorcycle Drift Limbo Has Our Adrenaline Through The Roof

For most riders on a motorcycle, their number one fear is laying it down. If we asked ...

For most riders on a motorcycle, their number one fear is laying it down. If we asked most riders, they would probably cringe in terror about the mere thought of doing this. This thought of putting a bike on its side is probably closely followed up by close encounters with other motorists on the “no-go” list.

This time, we tune in with a situation where that fear of motorists can be crossed off the list. However, it skirts right up against that circulating fear of laying the bike on its side. However, these riders seem to be absolutely fearless in their pursuit of a good time.

The stunt riders in question don’t really seem to be fazed by the concept of a slide. However, even if they were, it almost seems like laying their bikes down is an unlikely scenario. It’s amazing to watch the riders move about as the bikes have almost become extensions of their bodies.

Just like you or I would move our foot around, these riders really seem to be at one with their machines as they sling them about. They definitely have to be in order to consider the challenge at hand.

Titled the “Drift Limbo Smash,” these riders are put up against a variety of challenges. Not only do they have to get very low on their bikes as one would in a typical game of limbo. They also have to do it while sliding in a drift. Naturally, it’s not too difficult to see how this could get rather hectic in a hurry.

By following along with the video below, we check into something that really gave us quite the rush. Even though we’re not in any immediate danger, we can’t help but get all hyped up for the riders in question here. As the bar got lower and lower, we couldn’t help but cheer them on, hoping that someone would be able to get down close to the ground! – Stuntexru

Old Chevy C10 Catches GSXR 1000 by Surprise on the Streets 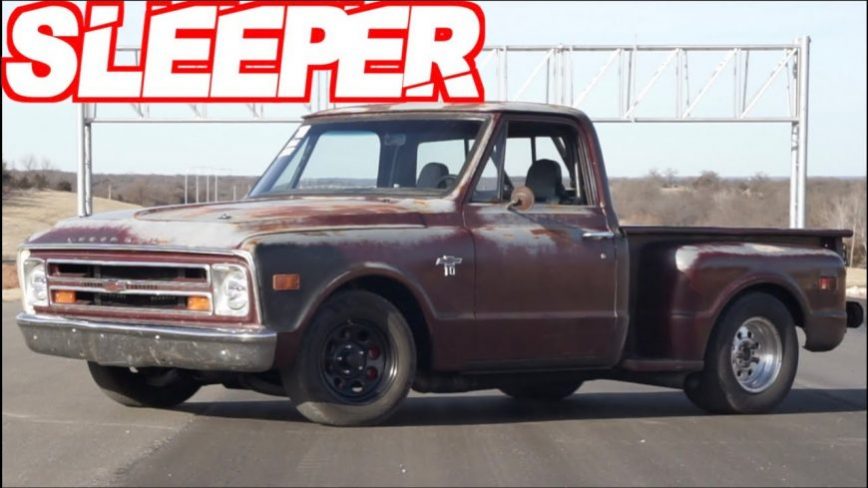