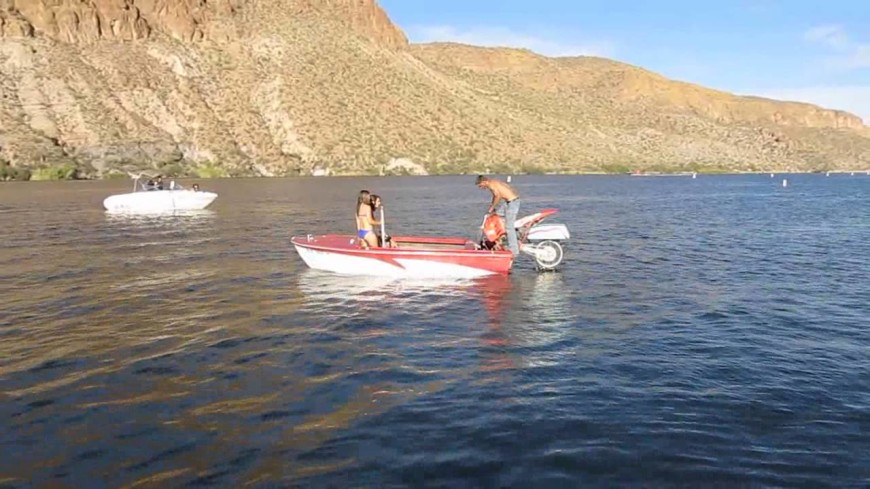 If you’re on a budget this upcoming summer and absolutely must get out on the water, this may be something that you might want to look into… then again maybe not.

When this guy had an old dirt bike and a boat with no engine laying around, he made the best of the situation with this redneck invention. Check out how the modified bike is used to act as an outboard engine to power the small watercraft.

How did he accomplish the feat? Well, it was quite simple, actually. The rear tire scallops were cut and then modified so that each scallop would act like a paddle.

From what we understand, the engine seized up shortly after the first run, but the build was able to garner quite the attention for the time it was running. That’s not bad for a bunch of leftover parts!

Check out the rig in the video below and tell us if you would rock this boat! We’re still trying to figure out how the steering works.