Motorcycle Rider Crashes Directly Into The Back of a Cop Car! 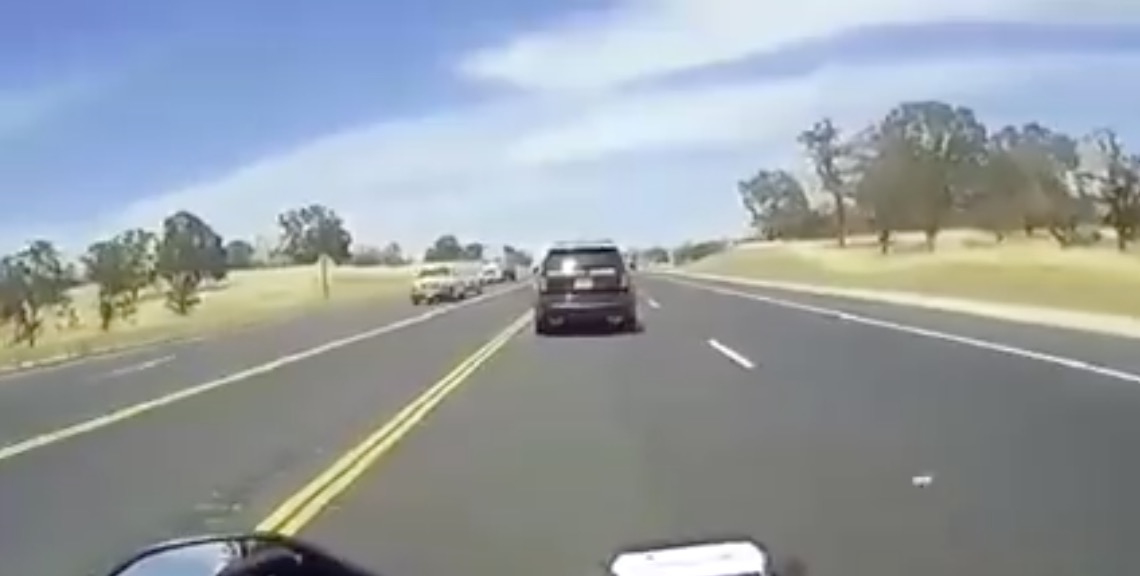 Sometimes, while you’re out on the roadways, funky situations can tend to unfold. This time, we catch a real head scratcher that has an unlikely set of circumstances coming together in a very crash and burn situation that has this motorcycle going for a wild ride. The whole situation was captured on helmet camera as this rider was just putting along, simply minding his business in traffic while he was riding behind a police car. What happened next was something that he probably had not expected in the slightest, really catching him out of left field and sending him for a ride that he wouldn’t have even imagined to be possible when he set out that morning.

As the rider was moving along behind a police vehicle, all of a sudden, it looks like the cop car went to make a left turn, catching the rider off guard and putting a wrench in the gears as the rider didn’t have enough time to react. It isn’t clear if it was more of a sudden maneuver that caught the rider in a bad spot or if the motorcycle wielding man wasn’t paying attention when the police car began to turn, but in either situation, the scenario ended in the same way as the motorcycle plowed its way into the back of the police cruiser.

Of all vehicles to run into, whether it was your fault or not, I would venture that clipping a cop car would be about the last thing that you would want to smash into out there on the highway. Don’t get me wrong, you want to avoid any accidents at all costs but getting tangled up in a situation like that just seems like some drama that you don’t have to deal with. Follow along with the video below to see how this one unfolded for yourself and tell us who you think was in the wrong here with their maneuver out on the street.

How do you crash into a cop car SUV?! Stuntride#bikesvscops #ftp