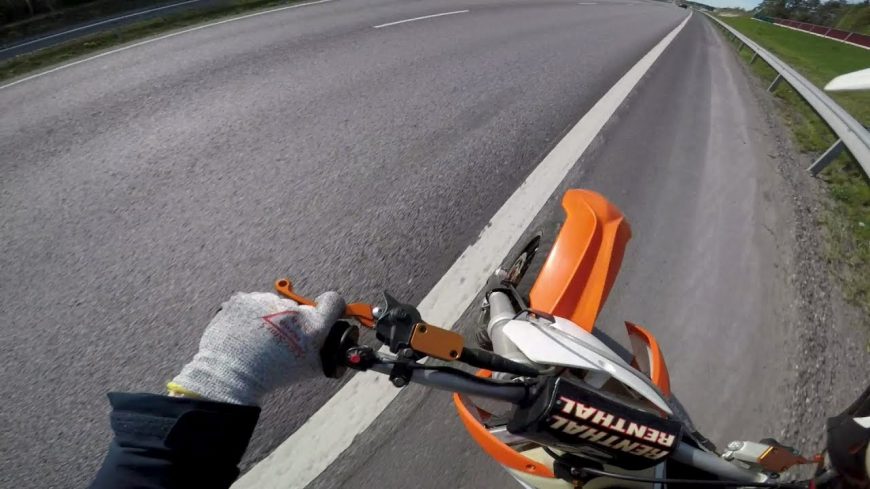 When rolling on two wheels, obviously, there are a couple more obstacles than driving in a car. Going down on the ground is close to the worst case scenario for most people who head out on a motorcycle. Aside from getting into an accident with another vehicle, it’s about as bad as things are going to get. Sometimes, going down can be the result of rider error. Most of the time, this is probably the case. Other times, though, it can be the result of the equipment are the conditions just not lining up properly. We will let you be the judge on this one.

This video might just be one of the craziest saves that we have ever seen on two wheels. As this rider takes his bike down the highway, it looks like he has a little bit of showing off to do. As he merges on the road, he takes his safety into his own hands, executing this merge while on one wheel. When we started to watch his video, naturally, we thought that he was going to go over because of said wheelie. However, it isn’t until after he comes down that the interesting part of the video begins to unfold. This is nothing short of an insane adrenaline rush unfolding in front of our eyes!

When we follow along with the clip below, we see a brutal speed wobble. For those unfamiliar with what that is, this is basically the textbook definition. Essentially, the rider loses control. As the bike begins to go back-and-forth, it leaves him or her to try and counter the violent sway. In most situations, it’s almost impossible to recover from such a situation. However, this rider lucked out big time as he was able to remain upright. This definitely has to be one that got the heart rate going a little bit!