Thank goodness for GoPro’s! If not for those little bundles of action camera ...

Thank goodness for GoPro’s! If not for those little bundles of action camera awesomeness, so many awesome things would go unshared with the public. One excellent example of such a thing is this video of a ballsy motorcyclist and his encounter with a Philadelphia Police Department helicopter. The video is a tad lengthy at thirteen minutes, but it’s pretty action-packed and worth your time to watch the whole thing.

What starts off as a spirited jaunt to the corner store for our bike pilot attracts he attention of the eye in the sky. When he arrives at the store, the police chopper hits him with the spotlight in the store parking lot. Where many of us would decide to just wait and accept the impending ticket, this guy simply hops on his bike and rips through the Philly streets, and despite the odds being stacked against him, he manages to evade the heat, though not with speed, but instead with stealth. When it becomes obvious the rider isn’t going to be able to outrun the helicopter, he decides to take cover. With the chopper’s view of him blocked momentarily by a huge retaining wall alongside the highway, the biker quickly parks beneath an overpass and kills the lights. The overhead fuzz miss the evasive maneuver and continue down the road, searching for their lost person of interest.

The lucky rider takes a few moments to let the helicopter move out of his area – and to let his heart rate return to normal – before easing his bike home in a nice, orderly fashion.

Pilot Jumps Out Of Helicopter to Catch Man Running From Police 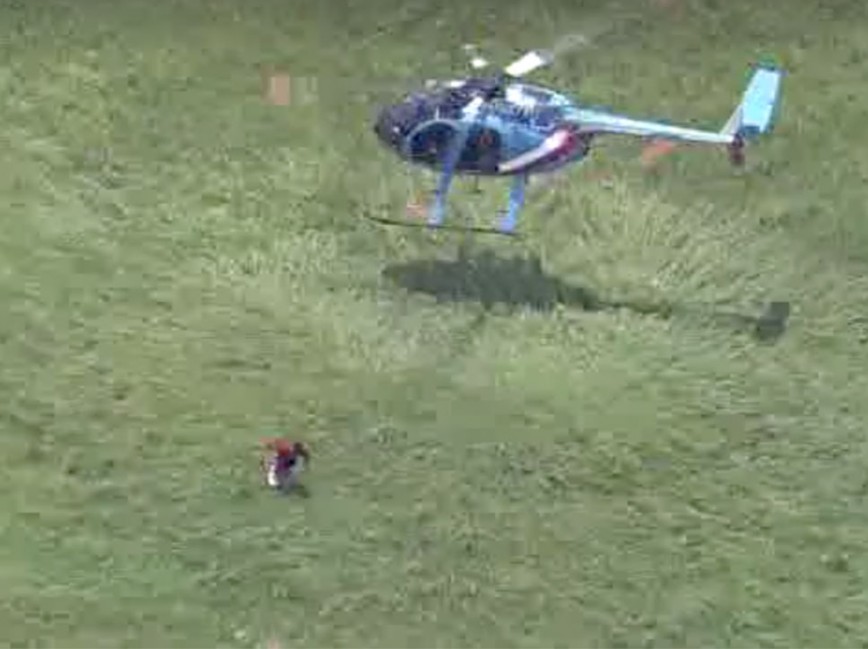