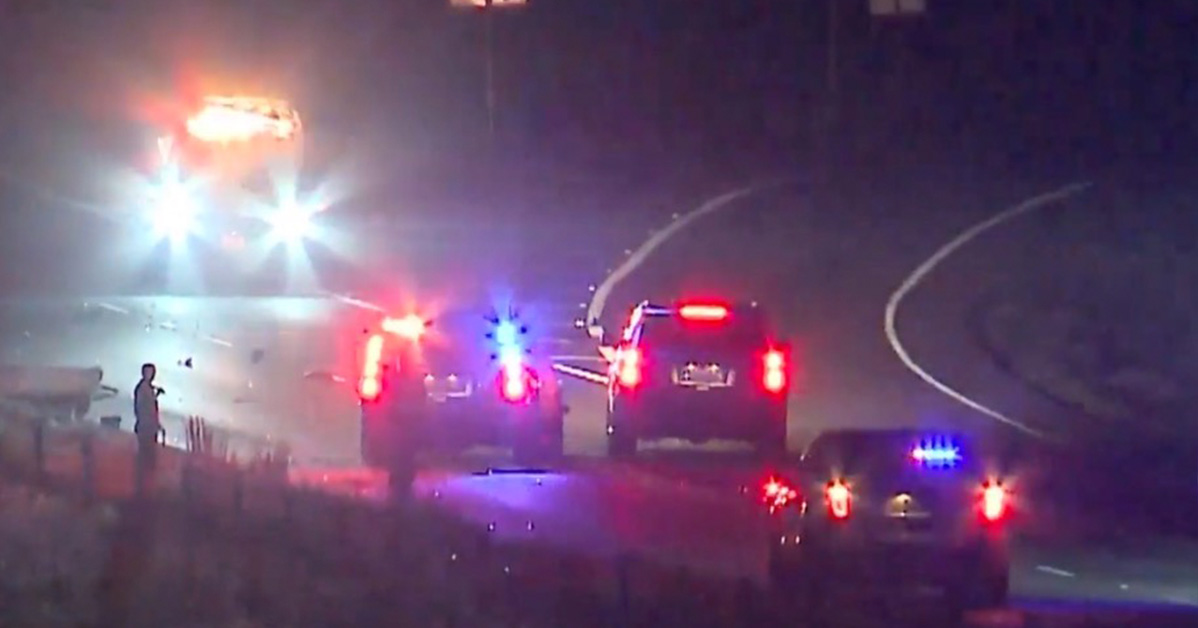 There aren’t a whole lot of things that one can do at low speed to make a police officer want to engage a pit maneuver – That is unless you’re this pregnant Arkansas woman who was trying to find a place to pull over when a rogue officer rolled her vehicle over.

However, as one individual would soon find out, there are in fact some things that might make police a little bit upset to encourage them to do this – rightfully so.

Video footage has been circulating around the web that shows off a driver who seems to be pretty careless. You see, the red and blue flashing lights all over a police car are there for a very distinct reason. These lights call for the public, specifically motorists, to pay attention not only to the police cars but also to what’s going on around them. In fact, even if you’re not getting pulled over, we would recommend slowing down and being a bit more cautious when seeing red and blue lights flashing.

This is something that shouldn’t need to be explained but hey, the world is what it is.

This time, the police in question were blocking off the roadway while road crews were doing what they could to clean up following a fatal accident. As there were several police cars with lights flashing, apparently, one motorist either didn’t notice the roadblock or simply didn’t care as they drove right past it.

However, the police weren’t about to just let this slide. Instead, one of the officers follows what appears to be a Chevrolet Tahoe as it evades the roadblock. In the video below, we watch as the officer ends up pulling a PIT maneuver on the driver of the Tahoe, obviously spinning them out in the process.

What was this driver thinking!?