Motorist Slams Into Camaro, Leaves the Scene Without Her Car After Baffling Reaction 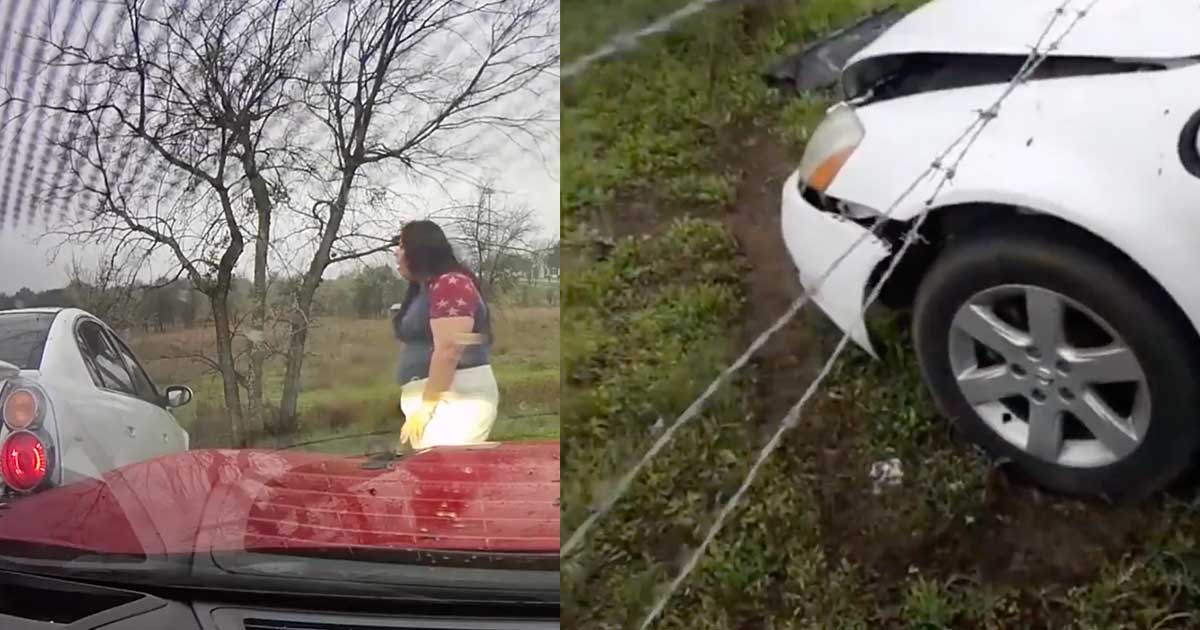 Sometimes, we run into situations that really boggle the mind. After all, the purpose of the blog section here at Speed Society is to entertain. Sometimes, that means coming up with some really mindblowing clips. How someone can be so clueless as to do something like this, we will never be sure. However, on the other hand, desperate times make for desperate measures. We’ve all done dumb things in a pinch but this one might just take the cake.

For somebody who is willing to run away from the scene of an accident, there has to be some major reason for it. After all, even after being told that she was caught on camera, this woman didn’t want to hang around. It seemed as if there was really a fire lit under her rear end that made her scoot from the scene as if it were her only option.

This video starts out pretty normally. We ride along with a dashcam mounted in a newer Chevrolet Camaro just rolling along on a normal commute. However, before the driver knows it, another car comes out of nowhere and slams into the side of the Camaro. We later find out of the car does some substantial damage. We’re no experts, but that’s a couple grand in repairs at least!

The owner of the white sedan that sideswiped this Camaro wasn’t hanging around to find out what was going to happen next, though. Fortunately, for the owner of the sports car, the perpetrator didn’t end up being that proficient in her escape. Therefore, he was able to catch up with the car. This came after the driver misjudged a corner and ended up sliding off of the road, getting the sedan stuck.

What follows next is pure craziness. It appears as if the driver of the sedan hops out and is ready to blame the Camaro driver for what just happened. However, after she discovers that there’s a camera in the equation, it seems as if she might’ve just changed her tone a little bit. From there, she leaves her car behind and decides to start running away on foot. You know, that’s going to be a good way to get away without leaving behind any evidence (end sarcasm).

« Guy Gets Truck Stuck on Boat Ramp and His Buddies Try To Pull it Out By Hand!