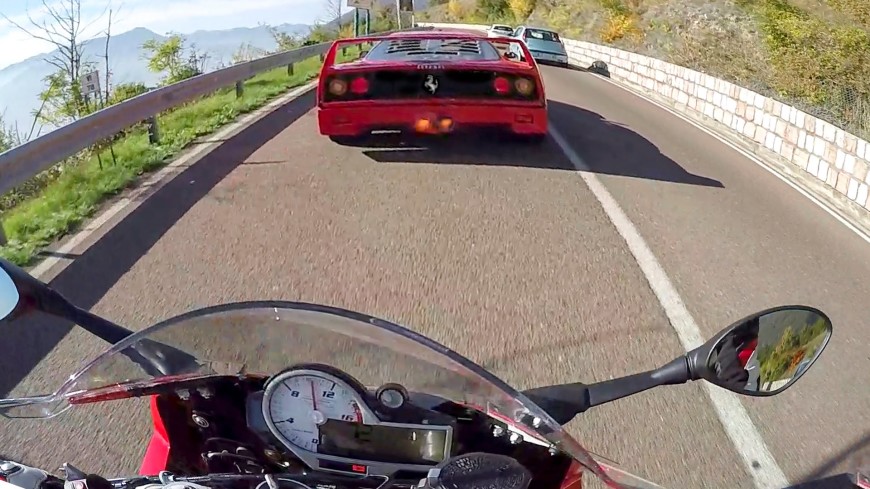 When the rider on this BMW S1000rr was riding around in some mountain roads, he came across the likes of a Ferrari F40 and simply couldn’t resist.

After spotting the car, he made a swift u-turn and decided that it would be a good idea to do a little bit of playing in traffic, a dangerous feat to say the least.

While the video is quite entertaining, the close quarters show us a situation that we most certainly wouldn’t want to be in with lots of dollars on the line!

Check out the video below of these two squaring up and having a grand old time. We’re kind of shocked at how aggressive these guys were, even in traffic!

This wicked Ferrari rev off is music to our ears!