Saying that the mid-engined Corvette has been a long time coming is a little bit of ...

Saying that the mid-engined Corvette has been a long time coming is a little bit of an understatement. All the way back to the 80s, there have been murmurs of the configuration of the car changing up.

Around the time that Marty McFly was throwing on his self lacing Nikes and hopping in a DeLorean, people thought that the mid-engine Corvette was right around the corner.

For a variety of different reasons, though, generations would pass and the car seemed like nothing more than a perpetual rumor. This was in spite of how sure automotive journalists have been over the years that this was finally the generation for the mid-engined Corvette.

As 2020 would roll around, amongst all of the other strange happenings of this year, one of those strange happenings would be positive. We would finally get the Corvette that many have dreamt of over the decades. The car would receive a mid-engine configuration!

With this drastic change, Chevrolet might’ve been facing a little bit of an uphill battle. Sure, everybody was likely excited to see what the automaker would come up within the new configuration. However, one small misstep and we’re sure that the purists would tear this thing apart. As people began to get their hands on the car, though, it would show some great promise. The platform initially seemed to sit well with casual enthusiasts and automotive gurus alike.

If there’s one person that we know would give us the honest truth, though, it’s Mr. Regular over on YouTube. For those who are looking for a little bit different version of a car review, he’s your guy. On the Regular Car Reviews YouTube channel, we get to hear a detailed rundown of what these cars are all about.

However, instead of the formal tone that we’ve become used to, we’ve treated to a sarcastic take on the machines. The reviews serve to not only observe cars but also the culture surrounding them.

Below, we check out the opinion of a man who seems pretty hard to please when it comes to automobiles. If there’s something to pick apart with the new Corvette, you can bet your bottom dollar that it’s going to be pointed out by Mr. Regular. However, it seems as if the vast majority of the latest Corvette has hit a sweet spot with this sarcastic presenter. 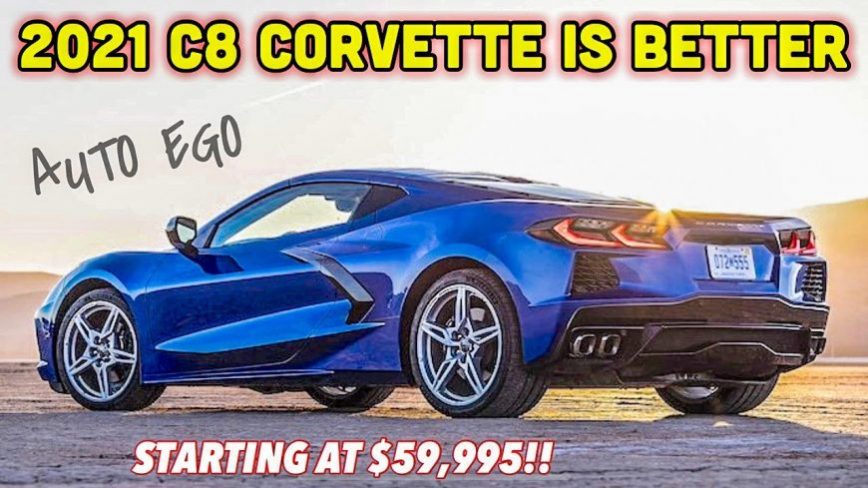