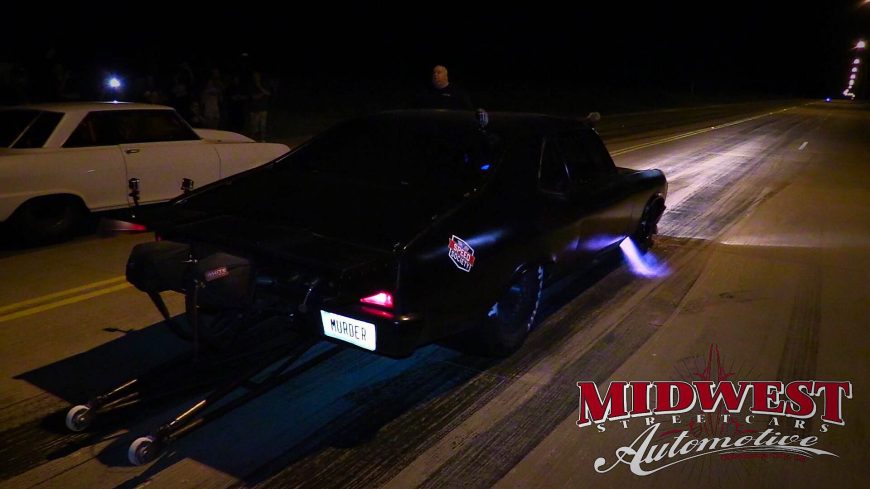 Our man Shawn, driver of Murder Nova, has been working on a new version of his monstrous street car. As he’s working on Murder Nova 2.0, he decided to go back out on the street with the original for yet another cash days! After Big Chief‘s wreck, he decided that his car was not as safe as it should be. Of course, it is a bit faster as well. Now its time for him to get the old car back to the streets for cash days.

“Real deal, 100% illegal, back to the old school cash days and I’m in it… We haven’t had a real cash days in a long time. So the originator of cash days, Limpy, in DFW, is putting on a cash days.”

Away from the cameras, the Street Outlaws crew is as legit as they get. They aren’t just talking, they’re racing. In this video, they test the car out and get it dialed in, then take it to cash days to show that they’re the real deal. Watch this video of Murder Nova putting down some mean passes and taking down some of the baddest street cars in the country!