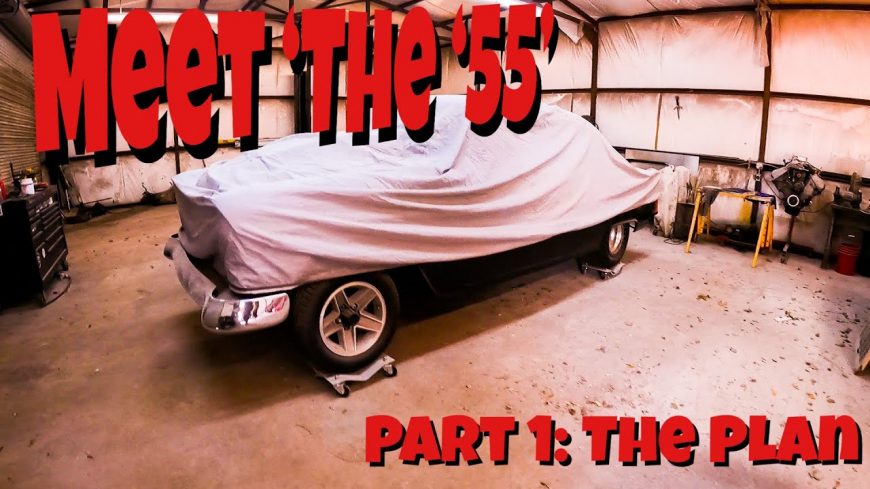 Street Outlaws fans likely know Shawn for one car, in particular. Murder Nova, as we know it, is the sinister black Chevrolet Nova that puts opponents on notice. It doesn’t matter who it is and the next lane over, if Murdert Nova is rolling up to the starting line, it’s definitely a situation where the opposition is going to want to be on their toes.

While we are most familiar with this creation from Shawn’s repertoire, as it turns out, he has a couple of others as well. Needless to say, when somebody is passionate enough about cars to become famous for their love of racing, there’s sure to be a couple of others in the stable to surround the main attraction.

This time, the supporting cast comes in the form of another old school Chevrolet. This time, it’s a couple of decades older than Murder Nova. However, the cool appeal is definitely there as well. The machine that we are speaking of, of course, is the 55 Chevy that Shawn has had sitting around for quite some time. As it turns out, when you have so much time invested in making sure that your main car is ready for action, some of the other projects might just fall by the wayside.

By following along with the video below, we’re able to dial ourselves into the first taste of bringing the ’55 back to life. We don’t necessarily get any action just yet. However, we get dialed into the plan behind what exactly it is that’s going to get the ball rolling. After all, a build can truly go awry without having a roadmap to get to the finish line. With this video, that’s exactly what we get with a behind-the-scenes vlog that brings us closer to a project from a fan-favorite Street Outlaw.

« Redneck Tug of War Goes Horribly Wrong And A Guy Gets Hit By a Truck!