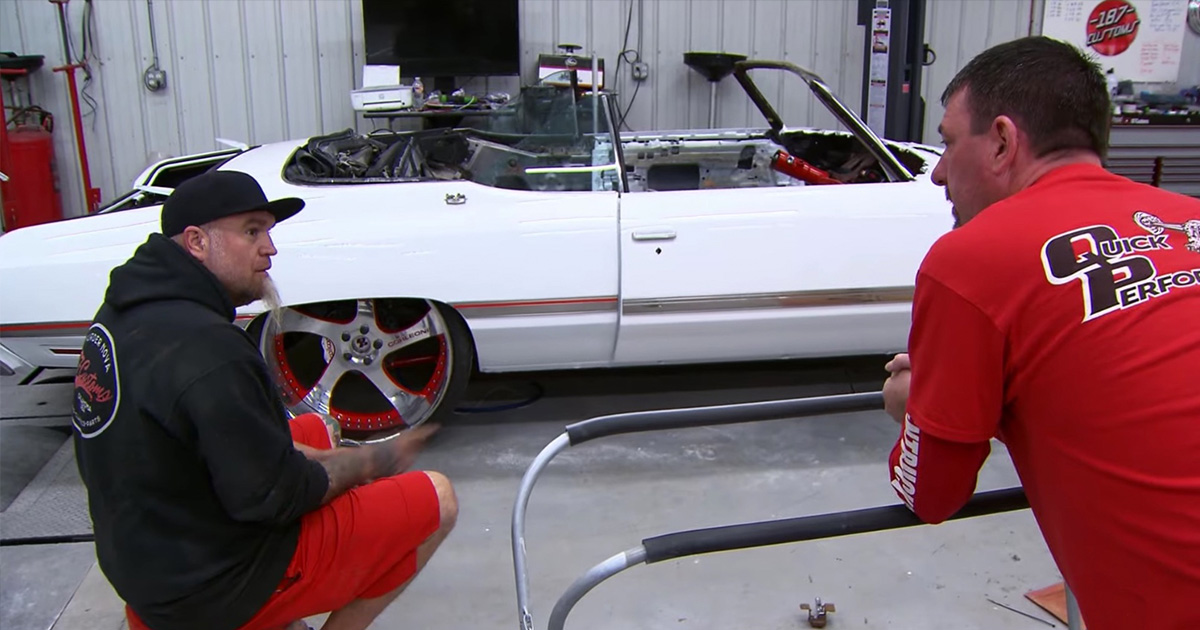 As competitors hit the streets for the latest Street Outlaws spin-off that goes by the name of Street Outlaws: End Game, there’s a little bit of a different premise afoot versus what Street Outlaws programming has been delivering lately. Instead of the traditional big tire, high-dollar racing machines competing, the idea behind this particular show is to take things back to a simpler time. With the introduction of End Game, competitors will be asked to take a look at their roots and go back to a simpler time.

This time, we check in with one of the builds that will compete in the show dedicated completely to true street cars. As we know, M*rder Nova likes to do things a little bit differently sometimes, and with this particular creation, he’s definitely going to be turning heads and making people wonder if the combo going to work in a competitive format.

With a drag racing machine of any variety, generally, the idea is to shove as much tire as possible under those rear fender wells. This usually means using a tiny wheel and lots of rubber around it. However, it seems as if Ellington threw away the handbook and decided to go in his own direction. With that, he would source a 1974 Chevrolet Caprice and make it a big wheel car with tiny little rubber band tires wrapped around the heavy and massive wheels.

Below, we check in with the episode of End Game that gives us a little bit of a tour of this 1974 Caprice and shows what Shawn has done to make this thing special. Seeing this heavy Chevy throw down is certainly going to create an interesting situation as the combination is about as unorthodox as it gets when it comes to competitive street racing. We have no doubt in our minds, though, that Ellington is definitely a guy who can pull such a feat off.