Murder Nova Comes Out Swinging at Georgia No Prep Kings

Murder Nova Comes Out Swinging at Georgia No Prep Kings

Sometimes, it almost seems as if Street Outlaws competitors change their combinations ...

Sometimes, it almost seems as if Street Outlaws competitors change their combinations as much as the weather changes. One week, we see twin turbos. The next, a ProCharger makes its presence felt.

Setup-wise, it can be hard to be sure where exactly some of these cars are at times and where they might be going next. It’s practically a full-time job to keep up with all of the different combinations and updates that each competitor is going through.

At the end of the day, though, this type of change is definitely for a good reason. As every single person in the 405 is gunning for that top spot, even those already at the top need to keep evolving and stepping their game up. Staying stagnant is a good way to make sure that somebody ends up walking right past you.

This time, we check in with Mr. Murder Nova himself who appears to have been putting in some serious work. When the National No Prep Racing Association caught up with a version of Murder Nova that mimics the OG car, things were looking good. They even went so far as saying that he might be a number one contender when all is said and done and the dust settles on this season of No Prep Kings.

Down in the video below, the folks from the National No Prep Racing Association take it upon themselves to give us that front-row view, capturing all of the glory that Murder Nova has to offer. After seeing how this thing rolls out, it’s going to be interesting to see how the competition stands up to the all-black Nova this season.

It might be early but it looks like some competitors are already finding a way to get in the groove to make sure that they stand firm in their dominance this season.

Murder Nova's NPK Round 2 Recap at PBIR + Mini Vacation in the Everglades! 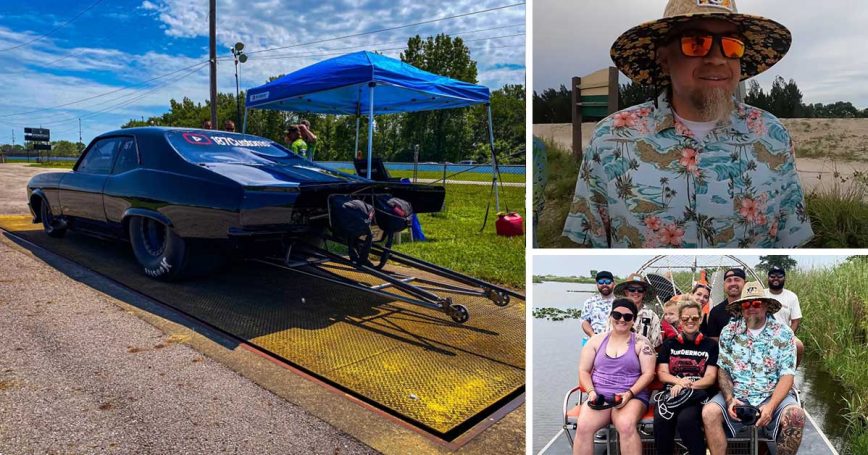