Murder Nova Found an El Camino in a Field For Years, Tried to Get it Running Again 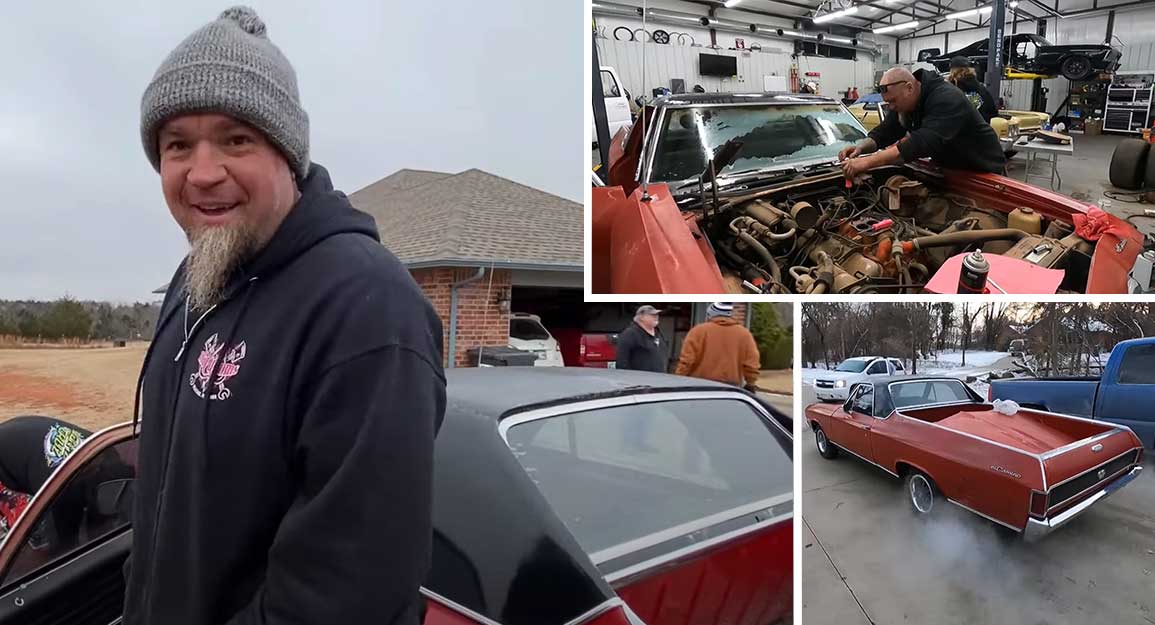 All around the world, there are cars lurking that might have ended up in a bad position. Even if a car is a desirable model, there’s no guarantee that it has been well-kept. That’s not always the fault of the owner, either. Instead, sometimes, life just happens and cars fall far from the number one priority.

That appears to be the exact situation here as a 1968 Chevrolet El Camino SS with a 396 big block was left in a little bit of disrepair in an Oklahoma driveway. When Street Outlaws favorite, Shawn a.k.a. Murder Nova, got wind of the find, he wanted to head out and check into it for himself. While the car didn’t exactly speak to Shwan on a deep level as he isn’t the biggest fan of the model, he still seemed pretty interested. If the car was in decent shape, maybe Shawn would it back to have a little bit of a cruiser after some elbow grease investment.

Upon looking over the car, it was discovered to be in pretty immaculate condition. Sure, it was a project but as far as all of the bones being solid, this old-school Chevrolet really had a lot to offer. Therefore, Shawn would end up bringing the car back to the shop to see exactly what he could do to bring it back to life once again.

With all of the experience here, it was only a matter of time before the El Camino was back up and running once again. It just goes to show that, with a little bit of know-how, somebody’s trash can definitely be another’s treasure. Even if it had been sitting in a driveway just rotting away for all those years, this old school El Camino delivered some serious promise. It’s going to be an awesome cruiser, that’s for sure!

« Box Truck Converted to RV – Was it Worth It?