When it comes to dyno numbers, sometimes, they don’t really mean all that much. ...

When it comes to dyno numbers, sometimes, they don’t really mean all that much. While many of us get caught up in comparing these numbers, the real answer to going fast is the result that comes out in a race. There are certainly more components to success in racing than simply making power. However, at the base of it all, a car will need to make good power in order to be competitive. Just how much power do the Street Outlaws make, though?

Apparently, for Shawn, he isn’t making an attempt to hide the muscle behind Murder Nova. In a recent video uploaded by FuelTech USA, they give us an idea of what the car is all about. With a ProLine Racing 482 cubic inch small block and Precision Turbo ProMod 94mm twin-turbo setup aided by a FuelTech FT600, this car is able to lay down some serious muscle.

As is the appeal with any other sort of dyno pull, the Murder Nova really creates quite the environment when it cracks open that throttle. This car screams like it means business. After watching it throw down on the streets, we know that it certainly does have a bite to back up that bark. How much bite, though?

By following along with the video below, we get an inside look at what many competitive racers might not be willing to give us. As the flat black Nova spins those rollers, eventually the power number that comes down is north of 3000! To be more exact, the car made a touch over 3207 horsepower. We’re not sure about you, but we would say that’s enough juice to get the job done in most situations. Now the goal is going to be to figure out how to get all of that power to the ground successfully. If there’s someone to make a combo like this work, we think Shawn just might be that guy! Follow 187 customs on Facebook! 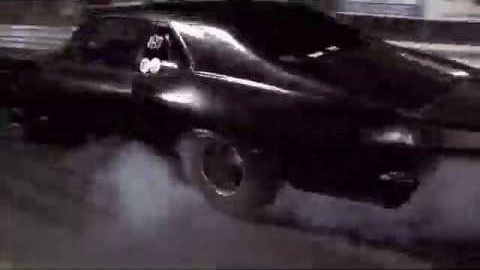