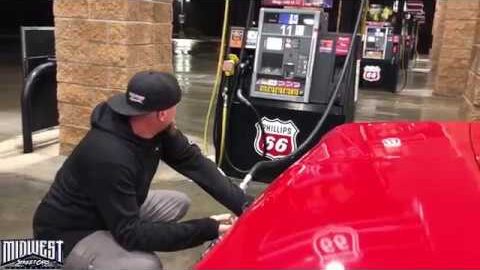 If you’re thinking about the cars in the garages of the Street Outlaws guys, they’re obviouly most easily identifiable by what they’re wheeling around most on screen. After all, it’s incredibly easy to remember the cars that are out there kicking ass and taking names on race night. However, as we gearheads can attest, sometimes, it can be a little bit difficult to focus on just one vehicle that you’d love to have a bit of fun behind the wheel of. I think that many of us aspire to have multiple vehicles in the stable. For most, though, money might not allow this to come to life right away. However, as you can imagine, with the guys on Street Outlaws, they probably have a little bit more change to throw around than most.

This time, we get to take an inside look as Shawn a.k.a. Murder Nova and Phantom take a little bit of a trip in order to pick up one of Shawn’s new rides. No, he’s not grabbing another vehicle to terrorize the streets in or anything like that but instead, is grabbing himself a relaxed cruiser.

It all starts with a little bit of a flight to Florida and from there, the duo is able to pick up Shawn’s brand-new, to him of course, 1972 Chevrolet Impala, one that’s sitting on a set of 26-inch wheels. To make things even better, it’s not just the trip out there that’s captured on video but also a 1300 mile road trip on the way back to catch a little bit of racing before making their way back home to the 405.

If you follow along in the video below, you’ll be able to watch Shawn in a way that you have probably have not so much seen on the television screen as he’s not in race mode but instead in chill mode, picking up one of his new vehicles that looks like it’s definitely going to find a comfortable new home in the garage of the one that they call Murder Nova.