Murder Nova Makes His No Prep Kings Debut in Texas 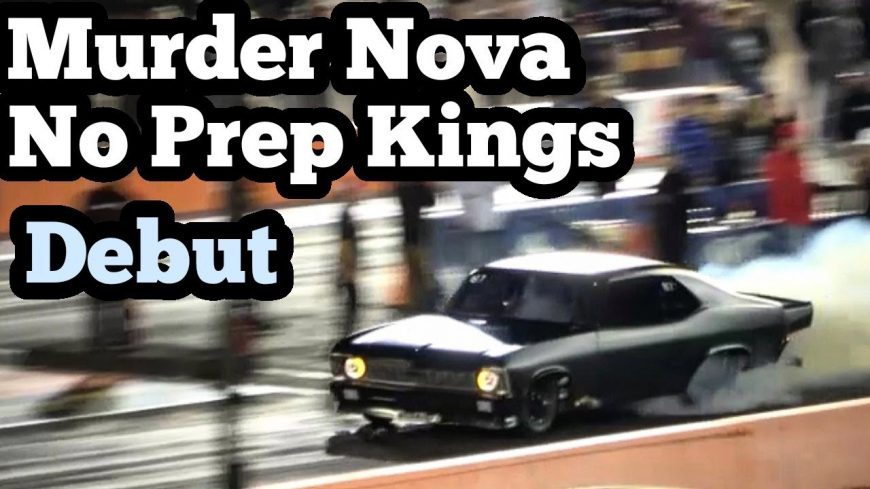 It might’ve come at the last race of season 3, but better late than never!

Street Outlaws boasts a lot of racers. With the incredibly competitive nature of the show, it can be hard to hang out near the top. However, Shawn has seemed to do just that with Murder Nova. With a full head of steam, he’s managed to maintain the status as one of the most popular and competitive on the show. With that in mind, he was one of the Street Outlaws names missing from No Prep Kings.

Wielding the infamous Murder Nova, Shawn has certainly made a dent in the racing scene as he’s attacked streets everywhere. This time, though, it’s something a little bit different that has this sinister Nova in motion. This form of racing certainly throws a twist in things as compared to the street scene.

The drought of Shawn’s appearance has finally come to an end for No Prep Kings. It looks like the competitive juices got flowing and we were finally able to see him compete in the event. This marks the first-ever time that Shawn has decided to roll into the series and we couldn’t be more excited!

By following along with the No Prep Kings footage below, we get the opportunity to catch up with the latest of what the racer has been into. We see that Murder Nova was going to have quite the stout competition! That doesn’t stop Shawn from getting into the thick of things, though. The Crow manages to look incredibly good in this display, not missing a single beat on its way to some strong passes.

On his debut, we’re sure that nobody would’ve been shocked to see some time for adjusting where the car wasn’t living up to its potential. Instead, it looks like Shawn was swinging a heavy hammer as he came out of the gates strong.