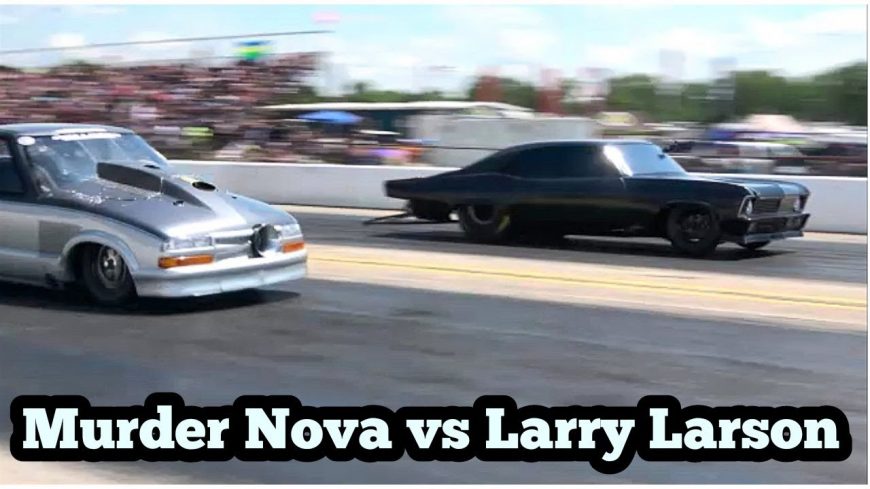 Each summer for the past 4 years, the baddest names in all of no prep have gathered in Noble, Oklahoma at Thunder Valley Raceway Park for what is arguably the most prestigious no prep event of them all. Yes, there are some that pay more and there are some that get more television coverage, but when it comes down to saying you’ve reached the pinnacle of no prep, you have to take home a win at Outlaw Armageddon to make that claim.

What is it, exactly, that makes Armageddon such big deal? Put simply, it’s the competition. Many major no prep events draw both the stars of the Street Outlaws franchises and the heavy hitters in the no prep game, but only one event draws the top guns from both camps annually, meaning there’s only one event where you can say you beat the likes of Daddy Dave, Big Chief, Murder Nova, David “Bird” Jones, Birdman, and The 55, just to name a few of the many who show up for this event.

With such a killer lineup on hand, big-name matchups are bound to happen, and this year, two of the biggest names in all of no prep drew each other and man did they put on a hell of a show!

Drag Week legend turned no prep badass Larry Larson has a knack for finding ways around rules changes to remain competitive. Last year, he famously extended the bed of his truck by over a foot to meet the total vehicle length rules, and when his twin turbo combo was awarded a lead trophy recently, he decided to go the “Well…. If you insist” route and bolt up a MASSIVE single turbocharger. Last I heard, the actual size of the compressor was a secret, but it’s rumored to be in the 150mm range, and has proven an excellent replacement for the outgoing twin turbo setup.

Larson drew one of Street Outlaws most feared competitors in Murder Nova, who’s boosted small block has been really finding it’s groove on the track. Fans knew this would be a race for the ages and they were not disappointed. I’m not going to spoil the outcome, I’m just going to tell you that if it weren’t for the caption at the end, I wouldn’t have been able to tell for sure who took the win! Hit that play button and watch for yourself!