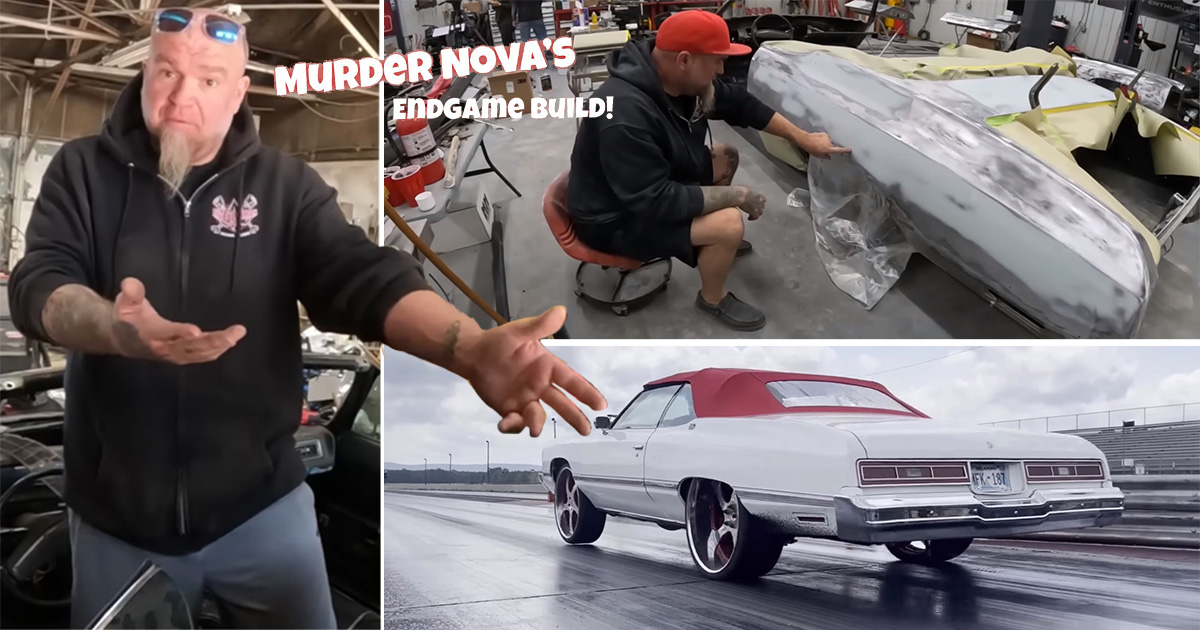 In the name of mixing things up a little bit, Street Outlaws has decided to go back to its roots. With the new programming that goes by the name of Street Outlaws: End Game, fans will be able to watch as drivers build new machines that are a little bit more relatable. Instead of the big tire purpose-built race cars that we have seen in recent seasons of Street Outlaws, End Game aims to bring things back to a point where the cars could be enjoyed in more situations. In other words, not only will they be raced but they should be capable of driving around town as well.

At this point in the timeline, we have seen a couple of builds come together. Each one seems to have its own unique flair. However, we might argue that no build is more unique than that which Murder Nova is putting together.

While everyone else seems to be constructing cars to be as light as possible, putting together the most efficient components to a well-oiled racing machine, Shawn seems to want to take things in a different direction at 187 Customs.

This time, we follow along with the 1974 Chevrolet Caprice convertible that he is putting together for the new production. As if putting together a convertible want off of the beaten path enough for a drag racing machine, Ellington has also decided that this car is going to be a donk, complete with 26-inch wheels.

Controversial or not, Shawn seems confident in the fact that this is going to be one of the most powerful cars on the show. He hopes that the monstrous power being cranked out by the Texas Speed 427 LSX combined with 98mm Precision turbos will have what it takes to push this big-wheeled Caprice to victory.

In the video collection below, we get a couple of hours of behind-the-scenes footage that showcases the project when it was first discovered, the car going through paint and bodywork, and the assembly to bring it all together.