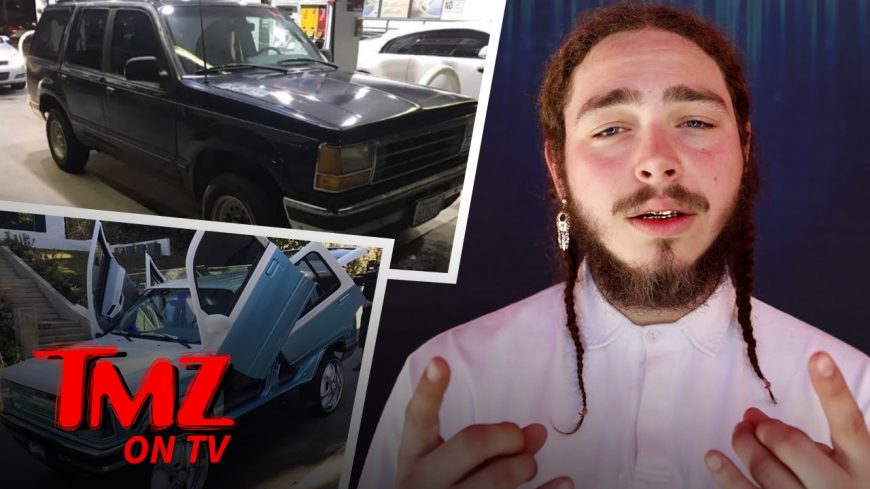 If you follow along with the career of rapper, Post Malone, the musician isn’t exactly an individual that you would consider normal and we mean that in the friendliest way possible. As someone who would consider himself a casual fan of this individual, I can definitely say that his style is one that is a little bit different than what you would expect from the type. He doesn’t exactly fit the mold and that might be why he is managed to put together the following that he has collected to date, coming out with a good variety of hits.

Now, when a rapper comes on the scene and starts spitting out hit singles, as the cliché would have it, up next they start to buy all kinds of rapper things, you know, like cars and houses and also all sorts of other shiny, flashy, and otherwise flamboyant possessions. While Malone is almost there, he’s doing it in a different way that only Post Malone would. He got the flashy car part down but it isn’t exactly how you would expect it to be. He didn’t buy a Bentley, Rolls-Royce, or even something more common like a Mercedes-Benz but instead, indulge in an SUV from the early 90s.

If you follow along with the video down below, you’ll be able to get the inside scoop on the 1992 Ford Explorer that you will see Post driving around town in. Obviously, because it’s newsworthy, it’s not just any Explorer but instead, one that has been sent out to West Coast Customs and decked out with just about everything that they could think of to take this thing from a beater that blends into a machine that stands out everywhere that it goes. They say that the vehicle that was worth very little, $1,700 to be exact, has been transformed into a machine that’s now said to have a value of $75,000. If you had 75 grand laying around, could you say that this is something that you would purchase with it?