Mustang Does Huge Wheelie Then Heads Straight For The Wall

Mustang Does Huge Wheelie Then Heads Straight For The Wall

When you’re playing with big time power, it can be incredibly easy to find ...

When you’re playing with big time power, it can be incredibly easy to find yourself in a situation in which you’re completely out of control. It can be scary, without a doubt, but the fact remains that situations like this are most definitely a part of the cost associated with drag racing.

This time, NXGonzo is on the scene to capture the flight of a wild and rowdy Ford Mustang Foxbody that takes off from the starting line like a bat out of hell, lifting the front wheels off of the ground and kissing the racing surface with the rear bumper.

It wasn’t necessarily the wheelie that caused the issue, but rather when the car came back down and the driver got in the throttle. Because he was way out of the groove, the car decided to simply skate sideways when he got back into the throttle and freight train its way directly into the wall.

Check out the video below that shows the Mustang going all out before coming head to head with a crushing blow. The amount of damage sustained was rather unfortunate but the fact that the driver was alright is all that really matters at the end of the day! 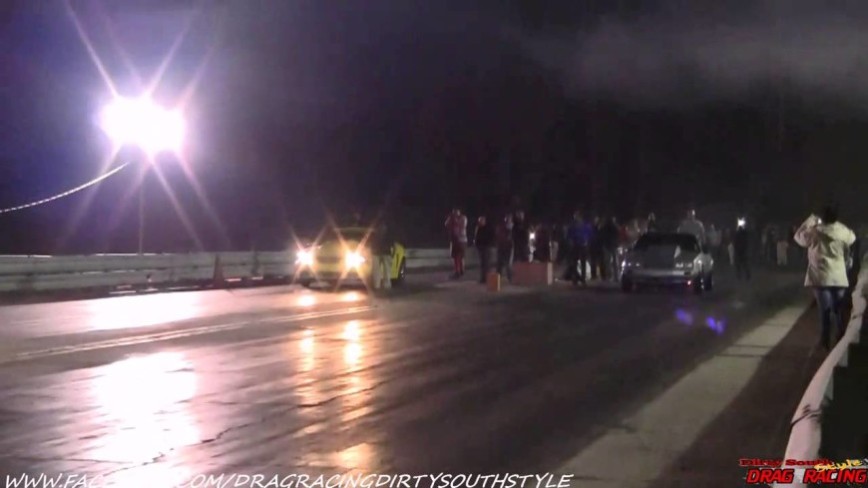