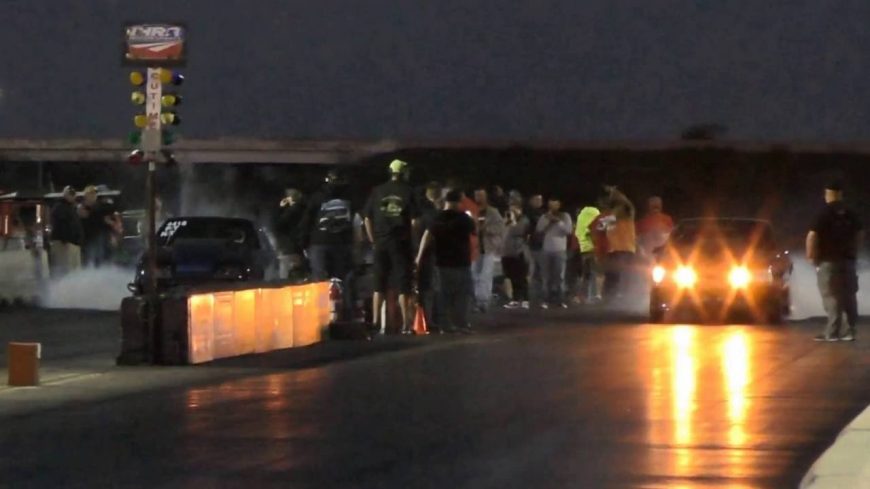 When you drag race high-powered automobiles, one false move or one equipment failure can easily create a wreck that could have catastrophic consequences. We never like to see it happen, but sometimes it just simply cannot be avoided.

This time, we watch an all Ford Mustang battle that goes wrong as the cars rip down the drag strip and one ends up getting out of its lane and sliding into the other.

It all started with a dramatic wheelie and as the car came down, the driver simply lost control as the Fox Body would crash into the other car before veering off of the track and ending up on its roof in this wicked rollover collision from which both drivers were somehow able to walk away.

Check out the video below that the incident from a variety of angles. Sure, that might’ve been some high dollar damage but at least everyone was alright afterward.