Mustang Lifts Off The Ground at 264.7 MPH & Flips – Wild In Car Crash Footage 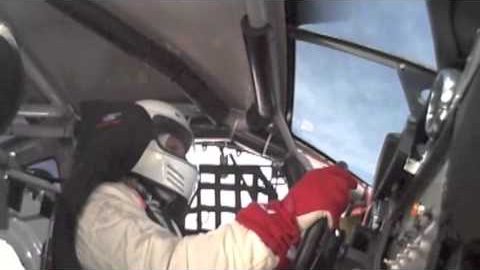 In 2010, Danny Thompson went for one of the wilder rides ever experienced at the Bonneville Salt Flats. Thompson, who has enjoyed a distinguished career on the salt, was behind the wheel of the worlds fastest Ford Mustang when things took a terrifying turn at insanely high speeds.

The Mustang was streaking across the salt at 264 MPH when a lack of downforce allowed it to lift off. It’s hard to tell from the video, but the car travelled nearly a full quarter mile through the air before landing, at which time it tumbled for quite some time across the dry lake bed. Proving his crew had built a stellar chassis to protect him, Thompson walked away from the crash with no injuries what so ever. In fact, his iPhone, which was riding along in his uniform, was undamaged in the high-speed tumble.

Thompson, the son of motorsports legend Mickey Thompson, would go on to pilot his Challenger 2 streamliner to speeds over 400 MPH, breaking his dad’s record and cementing his place in land speed racing history.