Mustang Nearly Nails Another Mustang and Hits The Wall HARD! 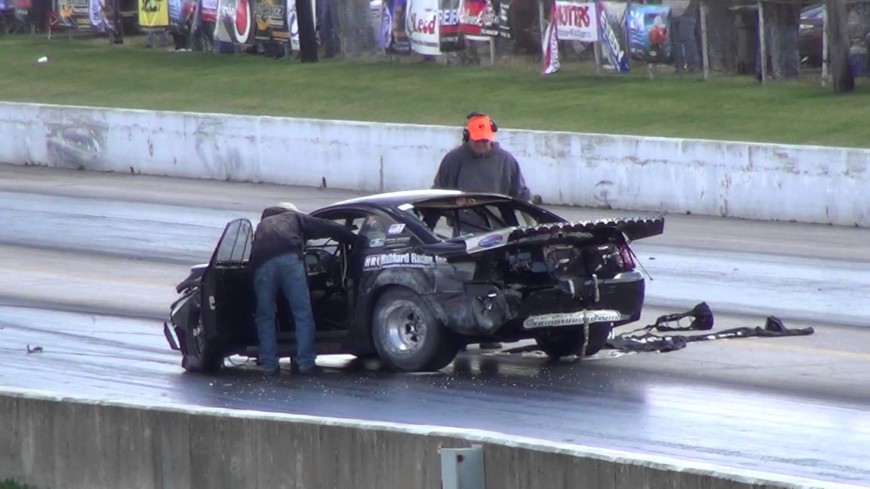 Mustang Nearly Nails Another Mustang and Hits The Wall HARD!

About a year ago, the Ford Mustang known as the Mod Father ended up suffering quite a brutal crash. Recently, we discovered another angle of the incident that you have got to see!

Now, the driver ended up walking away without being banged up to the point of a life-threatening injury, but the car, on the other hand, wasn’t so lucky. Good thing the safety equipment did its job.

As the black stang ripped off of the line, all would go wrong when the power didn’t agree with the rear tires as the car slid sideways, across the track, coming mere feet from the back bumper of its competitor and meeting the wall with a thud.

Check out the video below as the car undergoes the wild ride of a lifetime. Since then, the team and driver have made their way back to racing.