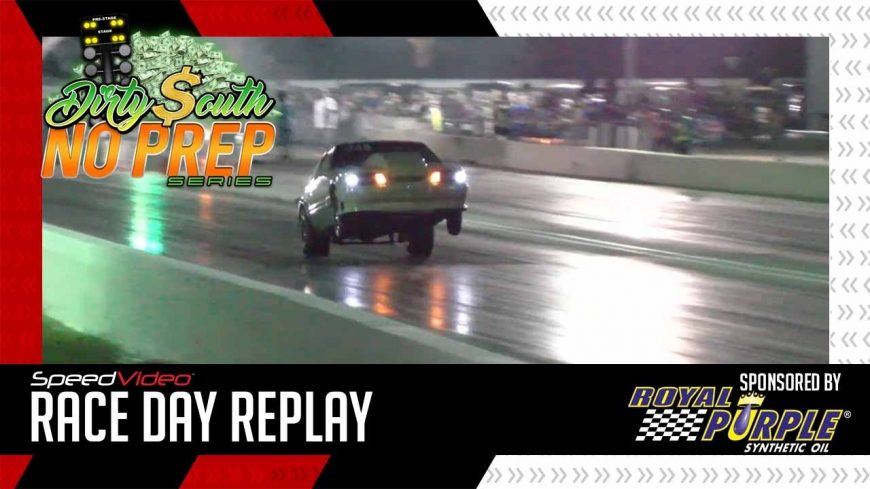 In an ideal world, if you were setting up a drag car, it would keep the nose down, grab lots of traction, and rocket its way straight down the track to the most efficient pass that the car could possibly muster up. That ideal world is far from reality for the vast majority of drag racers out there who are left to battle with getting their car dialed in while constantly making it go faster!

This time, we check out a scene from the Dirty South No Prep race out in San Antonio that shows off a racer who had a less than desirable pass, but the results end up looking pretty cool nonetheless. This Ford Mustang almost took off and launched into orbit several times!

Now, instead of planting down hard and rocketing down the track, the front end of this car popped up not once or twice, but three times on its journey down the racing surface as the driver managed to keep control but just couldn’t keep that nose down to yield a desirable result here.

Check out the video down below as we have a front row seat to the action that will have you getting all giddy inside as the turbo spools up on this thing and makes some pretty wild sounds as the car muscles its way down the track. It looks like they might have a little bit of tweaking to do on the car but it surely is an entertainer here to say least.

« This Junked Diesel Engine Has One Crucial Rare Part