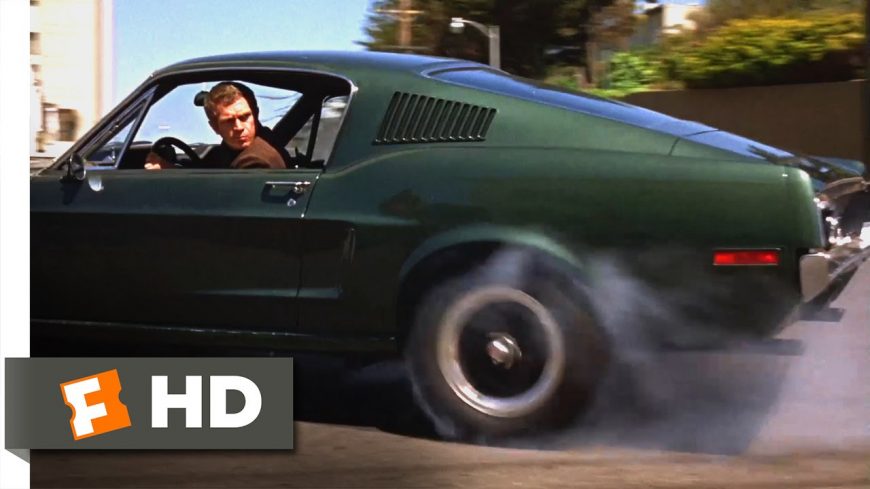 Steve McQueen’s role as Lt. Frank Bullitt is one of the most iconic movie roles of all time. The fact that Bullitt drives a 390-powered 1968 Mustang GT Fastback is just icing on the cake, and the film’s ten-minute long car chase is widely billed as one of the most iconic chase scenes of all time. The chase commences in San Francisco’s Fisherman’s Wharf area and proceeds through the city’s midtown area.

In pursuit of a fleeing Dodge Challenger, the two vehicles tear through the city’s iconic steep streets and past well-known landmarks. As the chase continues, both cars undertake some damage, but make it through the scene in reasonably good shape. Since the production team had no ability to add CGI, in the 70’s, everything had to be shot in real time and edited to complete the scene to director Peter Yates’ satisfaction.

Filming of the scene took place over three weeks, and McQueen famously did much of his own stunt driving, though there are some parts of the chase that used stunt drivers. The Charger was driven by a stunt driver the whole time, which is why there are no up-close shots of the driver during the chase like you see with McQueen. Knowing what we know now, we just may have to sit down and watch this classic again soon and pay special attention to those all-important ten minutes. We just may never look at a 1968 Mustang Fastback the same way again.