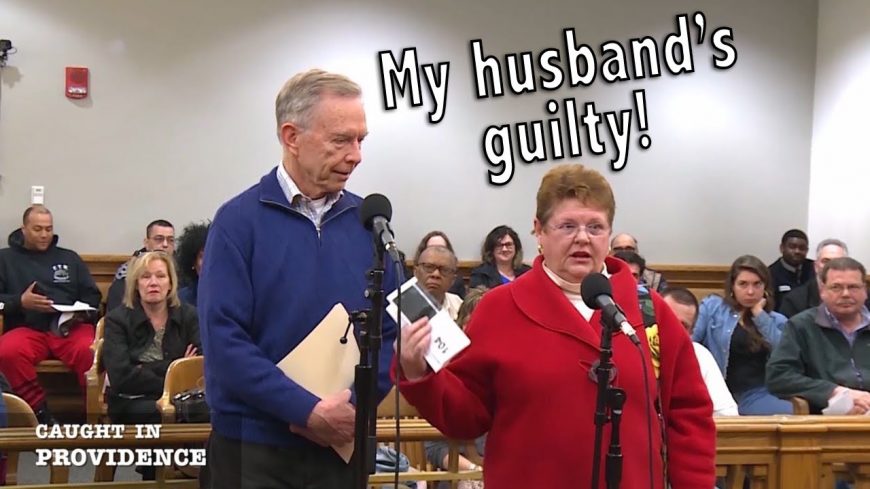 Thanks to a slew of viral videos, Judge Frank Caprio’s face has become pretty well known. The television show known as Caught in Providence showcases the judge that uses his wit and understanding demeanor to make his way through all sorts of different traffic cases. Let’s just say that, when some of these cases go viral, they show the world just how strange situations can be, even if it’s just traffic court.

This time, we check in with a husband and wife duo that ended up in court. The issue at hand was a red light ticket that had a little bit of a discrepancy involved.

With this particular situation, it turns out that the owner of the vehicle in question wasn’t driving when a red light camera snapped a photo of her tags. Instead, it was her husband who was behind the wheel. As the happily married couple makes their way to court, it isn’t very long before the wife is throwing her husband under the bus. It’s not as serious as it sounds and actually ends up giving us quite the laugh, in the end.

As usual, judge Caprio breaks out his sense of understanding that seems to have made the internet absolutely adore him. When making his way through the case, he breaks it down, deciding if it’s really worth issuing a ticket over a red light offense that was decided by mere tenths of a second.