Mysterious and Legendary “Unrecoverable” Supra Found in the Mountains of Japan 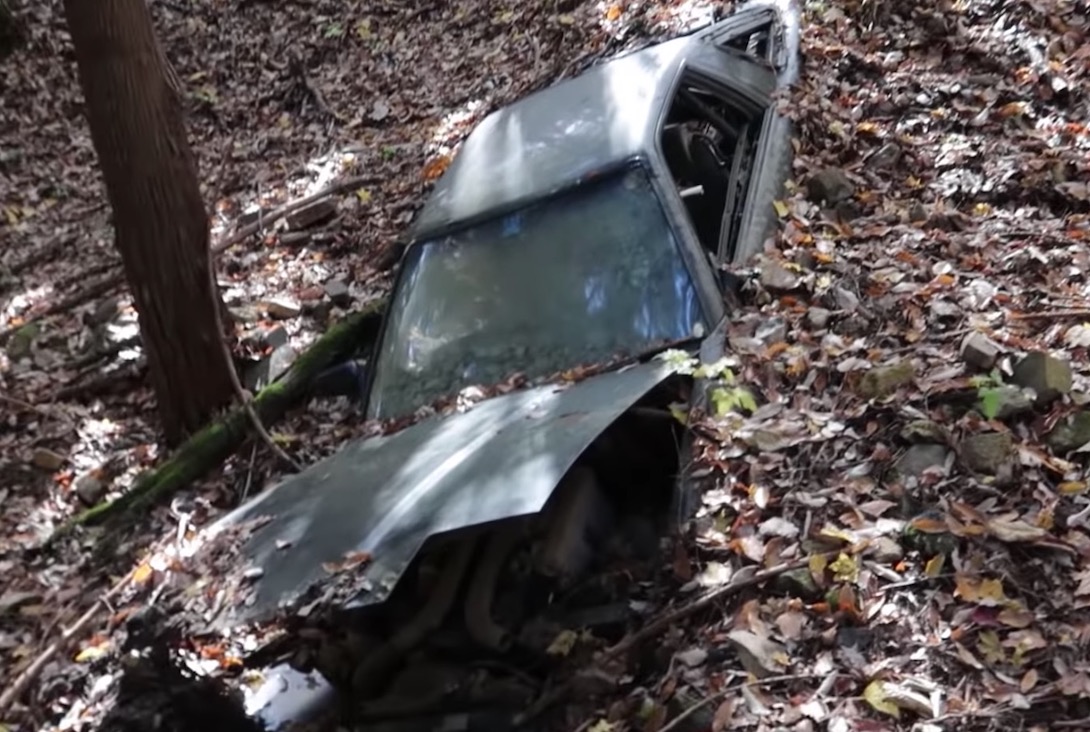 It’s pretty crazy to think about how many treasures are hiding throughout the world. Some of them might be worth a ton of money. Others might just be worth some sort of novelty value. For this Toyota Supra, it might not be worth a lot of cash. However, the story behind it is one that has all sorts of fans heading to look for in the mountains of Japan. It almost feels like something that’s worth more than money.

This time, we join in with a YouTuber by the name of SAMMIT who finds the remains of the MKIII Supra that have been left behind. The craziest part about this machine is that it appears to be almost entirely intact. Rumor has it that the driver couldn’t stop in time when coming to the edge of a large dropoff. He would eventually lose control and failed to stop in time before the car would end up rolling down the hill. The next part of the story goes that the car was so far down that nobody could recover it or didn’t want to. We would venture to think that bringing your car back up would be quite an expensive endeavor. On top of it all, repairing the vehicle probably just wouldn’t be worth the investment in recovery.

By following along with the video below, we’re able to dial in with the mysterious Supra. Seeing things like this that have tall tales behind them are just so interesting to sink our teeth into. Since there’s no conclusive story on what actually happened that night, our minds really wander. Literally anything could have happened.

Was this simply a case of someone who lost control and left their car behind because they didn’t want to recover it? Do you think that something else could’ve happened?

« Off-Road Fail Compilation Has Our Jaws Stuck to the Floor