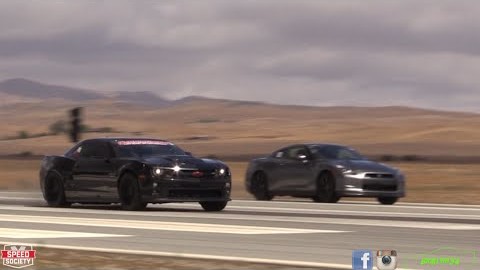 When it comes right down to it, you don’t often see the fifth generation Chevrolet Camaro kicking ass and taking names in the way that Nacho’s 1300hp beast does.

We were able to catch up with the animal at Shift S3ctor to see just how well the 434 LSx powered car featuring twin 67/68 turbos runs in a half mile and let’s just say that we were in no way, shape or form disappointed.

As the bowtie goes up against a variety of cars, it really shows exactly what it’s made of, never backing down and creeping in on a 190mph trap speed.

Check out the video below that showcases this stellar build and bears witness as each and every last pony under the hood is put to good use.

Watch the Camaro vs Camaro throw down again from different angles!

« The Pit Boss – One NASTY Ford Explorer is at it Again