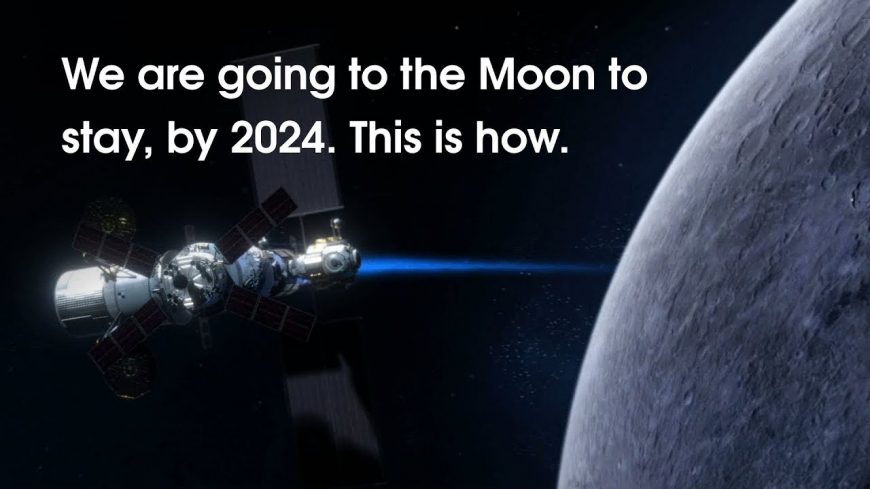 As human beings, it’s easy to wonder what exists beyond. When the mind really gets going, we can begin to imagine some of what’s in space. However, perhaps the most exciting part is that we truly have no real idea of what’s out there. Who knows? There might even be other beings that we would be able to communicate with. Imagine a society that has evolved past our and has come up with new technology that’s even more amazing.

As far as actually going out there and exploring space, it seems like the interest in pursuing it is picking back up recently. With Elon Musk’s SpaceX, excitement in traveling the great beyond seems to have been rekindled. Even more recently, though, NASA came out and made a promise that has to pique the interest.

This July will mark 50 years that will have passed since the first moon landing. People back in that time probably thought that we would’ve been living on the moon and beyond by now. As we would come to find out, those developments haven’t been made yet. However, NASA is planning to make some major steps in the near future. According to them, we’ll be heading to the moon by 2024 to stay.

NASA continues on to tell us that this will come at the cost of navigating some extreme environments. Meanwhile, they’re going to want to make use of all of space’s resources to help complete these missions. In order to accomplish this goal, a new rocket by the name of “SLS” is being developed. This comes alongside “Orion” which is NASA’s next-generation human space capsule. They say that they’re working on a little bit of everything from landing to operating on the moon.

When hearing of potential developments like this, it really gave us a spark. Just imagine how the technology that we have today could apply to a situation like this versus what was available five decades ago. It seems like, with a full head of steam, there are some great accomplishments lurking right over the horizon.