NASA Crashes Rocket Into Asteroid to Try and Change its Course 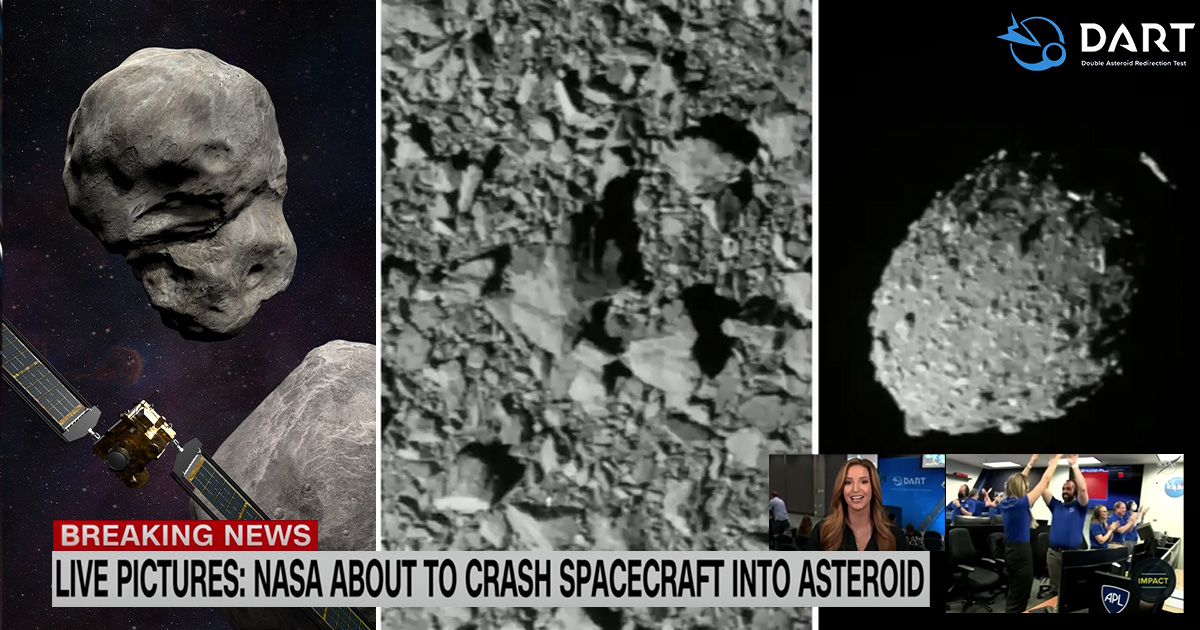 No, there is no asteroid barreling its way through outer space and toward earth, ready to end all of our existence. However, just in case that is eventually the situation one day, NASA appears to be getting ready to make sure that humanity can do something about it.

Monday, news broke that NASA had deployed its Double Asteroid Redirect Test Spacecraft aka “DART” with the idea of colliding with an asteroid to change its course. The test will gather data to see if smashing an aircraft into a mass about the size of the great pyramid is effective in changing its course.

The DART travels through space at about 14,000 mph so being able to collide with a space rock such a far distance away is something that’s incredibly impressive. It’s also wild to think that NASA has to spend millions of dollars creating this technology, only to willingly destroy it later on. I, for one, just so happen to think that this game of intergalactic bumper cars is probably a pretty good use of funds.

Naturally, some are probably wondering if something the size of a spacecraft can actually change the trajectory of an asteroid or destroy it altogether. While, to the naked eye, things might not seem so obvious at first, the idea is that if an asteroid changes its trajectory by just a tiny bit in the short run, it’ll make a huge difference in the long run. In other words, if something like this is caught early enough on, DART could theoretically be a system that saves Earth one day.

The video below from CNN captures the moment that DART collides with the asteroid, even showcasing onboard footage, and gives a little bit more detail on what one can expect with such a system and how it works.