When you think about the two most popular forms of motorsports around the world, they ...

When you think about the two most popular forms of motorsports around the world, they quite literally couldn’t be more different. While the US is dominated by NASCAR, worldwide audiences tune in to watch Formula 1 by the millions. Between the two, though, they make up the vast majority of race fans, and even have some crossover stars who have done well in both sanctions.

For me, the biggest crossover star will always be Tony Stewart, who’s natural gift for driving quite literally anything with wheels has brought him success on every level. His hot temper and an unfortunate on-track incident that claimed the life of another racers put a damper on the later years of his career, but there’s no denying Smoke was a badass behind the wheel.

There was also Danica Patrick who, despite a lack of success in NASCAR, still drew plenty of attention to the sport with her incredible marketability.

Could Fernando Alonso be the next star to make the transition from F1 to NASCAR? Could 7 time NASCAR champion Jimmie Johnson make the switch and go the other way and make a splash in Formula 1? After spending a day behind the wheel of each other’s cars, that could very well be breaking news in the near futures. However, after seeing Alonso’s feedback on driving a stock car, he may need a little more convincing, while Johnson seemed to pick up the nuances of driving an F1 car almost immediately. Alonso, however, had trouble finding the groove in the admittedly bulkier and less-precise stock car.

Of course, the pair were testing on a track perfectly suited for F1, while NASCAR’s rides are much more at home on a banked oval, so before Alonso rules out a run at the NASCAR world, perhaps he should take a shot at driving the car in its natural habitat. Something tells me he’d be much more comfortable on an oval than a road course. 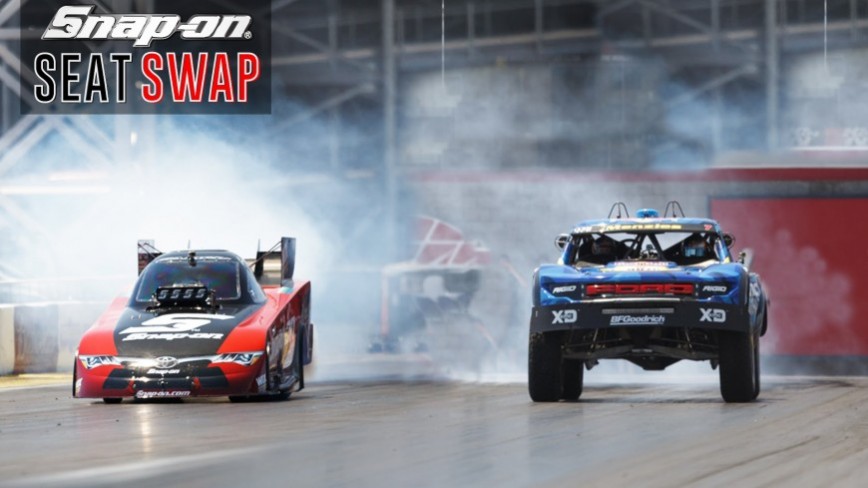