NASCAR Cup Series to Return to Dirt In 2021 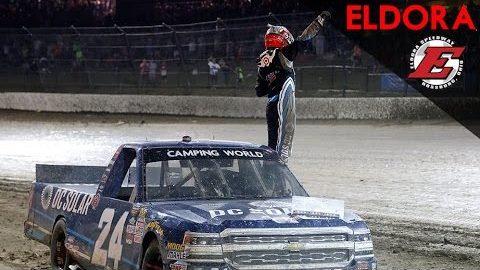 I think that it’s safe to say that over the past decade or so, the sport of NASCAR has really been evolving. With changes to everything from the cars to the playoff format, they seem to be trying to reinvent themselves to some extent. Some argue that this is for worse. However, at the end of the day, the naysayers will be the loudest of the bunch. These sorts of changes are usually to be evaluated on how fans spend their viewership and their dollar.

However, that isn’t to say that NASCAR is completely ignoring the vocal fans. We’re sure that they hear all of the chatter but can only pick the right opportunities to take advantage of. One of the topics of discussion that has been water cooler talk is that of sending NASCAR back to its roots. While the sport naturally has to evolve, fans really get nostalgic for some of the old concepts.

In 2021, NASCAR is said to be obliging with this nostalgia. Instead of the Bristol race taking place on asphalt, it will instead be a dirt race. That’s right, they’re going to put these high horsepower cup cars on the dirt to go at it. The concept is sure to bring some curiosity from fans as NASCAR hasn’t seen a dirt race in decades. In fact, the last person to take home a victory at one was Richard Petty back in 1970.

Below, we get a little bit of a taste of what exactly something like this is like as the NASCAR Gander RV & Outdoors Truck Series has taken on the dirt itself. As we seem the race ends up being a lot different. Naturally, loose dirt is going to cause the drivers to need to adjust to a surface that’s a lot less predictable. When combined with Bristol, it should be a good time.

Grab your popcorn as it all goes down March 28 at Bristol Motor Speedway.