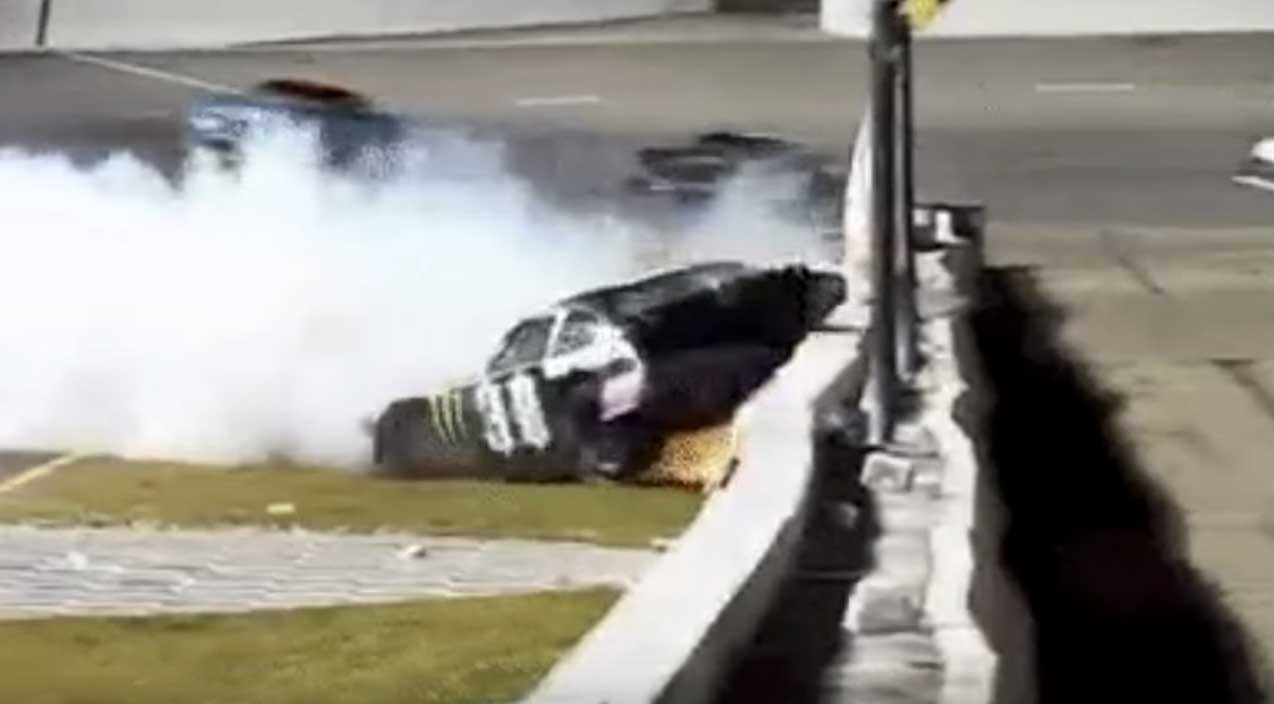 Hailie Deegan got a bit of a rude awakening at a recent stock car race in Daytona. The up-and-coming driver found herself spinning out and slamming the rear of her #38 Monster Energy-sponsored Camry hard into the infield retaining wall after contact was made between her and another driver.

You can see, in this video posted to Hailie’s Deegan38 YouTube Channel, that the rear of her car strikes the infield wall with enough force to smash the rear end, rendering the car undriveable for the rest of the race. After the crash, Hailie’s crew begins disassembling the car so that it can be repaired once it’s returned to the teams’ shop.

After the race, Hailie talks with her dad Brian about the incident, pointing out that the car was already having intermittent issues where it would just lose power at the top of 4th gear. The car’s gauges quit working, leaving Deegan to drive only by what she could hear and feel inside the car.  All of that led up to the actual crash, where Hailie drifted up the track and made light contact with the driver to her right, when sent her spinning toward the infield.

Hailie thought the other driver had also drifted up the track and grazed the wall, but watching the video replay, he was in line with the cars in front of and behind him, and a couple of feet or more from the outside wall. Deegan just tapped his rear quarter enough to upset the front of her car and before she had time to correct, she was spinning down the straight.

Deegan said she certainly felt the impact, and while it didn’t knock her breath out, she definitely felt the force. Backing into the wall with the rear end, which is designed to absorb the impact, probably saved her some pain versus slamming into it with the side of her car, which has been shown to cause more injuries. Look for the youngster to be back behind the wheel soon, looking to shake off what she says is her “rock bottom” moment and build some positive momentum.