Retired NASCAR legend Jeff Gordon had his personal C7R Corvette up for sale at last ...

Retired NASCAR legend Jeff Gordon had his personal C7R Corvette up for sale at last weekend’s Barrett-Jackson auction in Scottsdale, AZ, but that’s not the only thing Gordon had going on while he was in the desert for the event.

While he was there, the guys over at MotorTrend had him cruise the grounds and pick out his five favorite cars, a task which Gordon gladly undertook, and shared with us in the video below. His first and last choices were my 2 favorites, so I’m going to leave those a bit of a mystery, but I’ll give you a preview of the middle three of Gordon’s dream team roster.

Number two on Jeff’s list is appropriately ironic, considering it’s actually two cars. These factory stock Buick Grand Nationals were discovered in the past couple of years in nearly perfect condition. Other than some inevitable signs of aging, these beauties were nearly flawless, and they became a bit of a viral sensation when they were found. It seemed only fitting that the two cars, dubbed The Twinz, be sold together, as they’ve spent their entire lives side by side.

The fourth car on Gordon’s list points back to his love of Corvettes, this one a start contrast to his C7R however. This custom 1960 Corvette convertible has been heavily modified in the most subtle of ways, built in the Pro Touring style with latemodel running gear hidden beneath that timeless early styling.

All of these cars were up for sale, although I haven’t heard if they sold or for how much. I can’t help but wonder if Gordon himself picked up one or two of them! 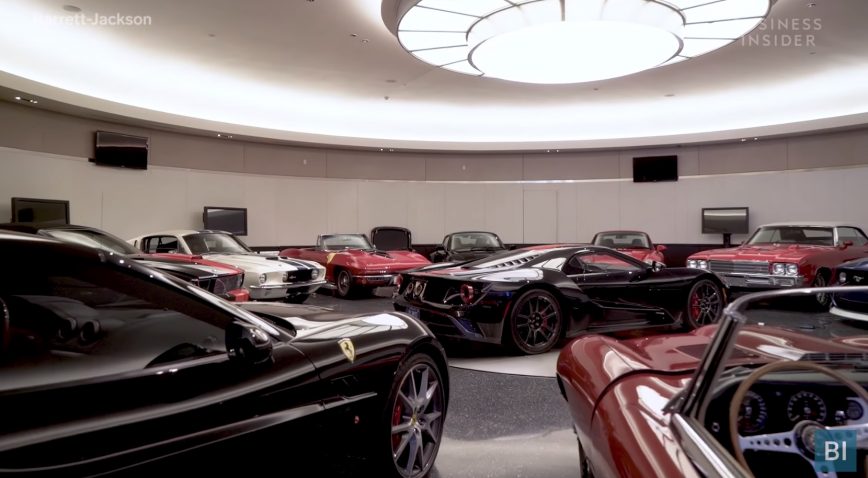