When a NASCAR driver straps on their safety equipment for the weekend, they’re ...

When a NASCAR driver straps on their safety equipment for the weekend, they’re very aware that a bad situation could unfold that leaves them at the liberty of momentum and this time, we take a look back into the archives to catch up with an absolute legend talk to little bit about a bad wreck that sticks out in his mind. After the storied career that Darrel Waltrip has had, if just one crash is able to be one of the scariest of him, you know that had to be quite a serious incident that had him tied up in a sequence that he definitely didn’t want to be in.

The recollection comes from one of the most iconic tracks in all of NASCAR racing’s history, Daytona. As Waltrip would enter himself until 1991 Pepsi 400, things would get rather rough as he would be tangled up in a collection of incidents with one grand climax that definitely had the steam to top them all. As the Tide machine would make its way into the infield, Waltrip would collide with another driver and before long, he would be sideways, sliding on the grass and going airborne before rolling over several times and waking up to the emergency crew cutting his car open, something that a half-conscious Darrel took quite the opposition to before realizing the extent of the damage.

If you follow along below, you’ll be able to gather Waltrip’s thoughts on the situation and how he remembers it along with how he told his crew that he never wanted to see that car ever again but then, somehow, years later, it found a way to wiggle back into his collection. Now, he looks at the remnants from that wreckage as a memory that he can now accept and hold onto as a collector’s piece.

Darrell Waltrip NEVER wanted to see this car again (for obvious reasons), but it now lives at his North Carolina garage.This is "DW's Car Stories."

25 of the Wildest Wrecks in NASCAR History 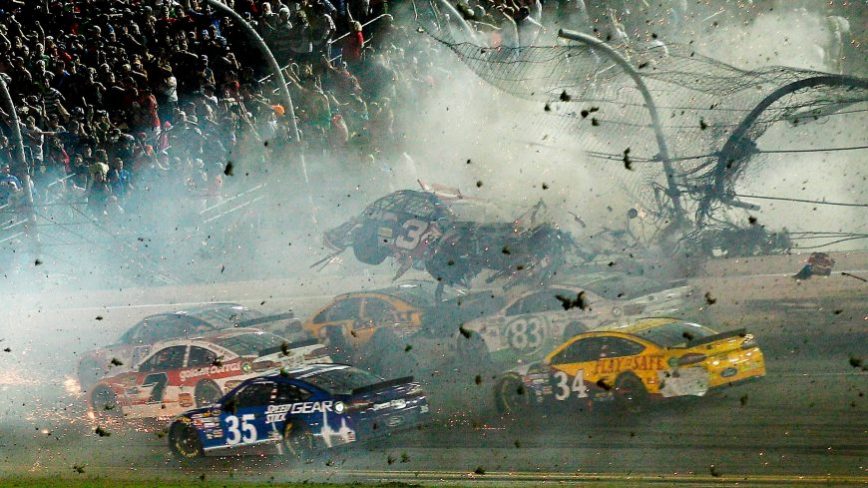