NASCAR Plans on Racing in a Football Stadium Next Year

NASCAR Plans on Racing in a Football Stadium Next Year

For those who pay close attention to NASCAR, they realize that the sport is always ...

For those who pay close attention to NASCAR, they realize that the sport is always looking to make changes to drum up a little bit more pizzazz. It’s no secret that NASCAR has fallen quite a long way from its heyday back in the late 90s. Therefore, the brand is constantly on the move, looking to mix it up in order to bring in new eyeballs to the sport and keep the current fans interested as well.

This is their latest plan.

Leading up to the year, there is always a “preseason race,” if you will, that goes by the name of the “Busch Clash.”

Generally, the race consists of the previous season’s pole position winners and other top names. It’s all held at Daytona a couple of weeks before the iconic Daytona 500. However, it appears as if NASCAR might think that maybe sticking it out at a single track for a couple of weeks isn’t the best idea. Therefore, they are shopping around for a new place to hold the Clash.

One of the most interesting venues that has been brought up isn’t a race track at all. Instead, the idea is to hold the race at the LA Colosseum. The Colosseum is mainly used for football as the home field for the University of Southern California. It also hosts other events with the Olympics being one of the biggest. The Olympics will return for the third time in 2028.

Naturally, when presented with the idea of racing in a football stadium, we couldn’t help but wonder how exactly something like this would even work out. At the end of the day, it seems a little bit cramped. While less than 30 cars are involved in the Clash as opposed to the usual 40+, the likely quarter mile racing surface would seem to be rather tight.

If NASCAR really wanted to eat out a couple of extra feet, perhaps, they could make use of the features of the Colosseum that allow the surface to be risen, perhaps allowing access for about a third of a mile.

As far as the shortest tracks currently in use, the Cup Series competes at a small handful of venues that are around a half of a mile long. That would mean that they have to figure out how to fit all of that action into about half of the size.

In addition, considering things like safety fences and where exactly they would put pit road makes things a little bit more of a challenge. I’m not sure that it’s impossible to get something like this done and we would be incredibly interesting to see how it would pan out. However, it’s definitely an uphill battle of NASCAR wants to take on the challenge.

After checking in with the video below from The Iceberg, be sure to tell us if you think this is the real deal or just a brand looking for a little bit of free marketing. 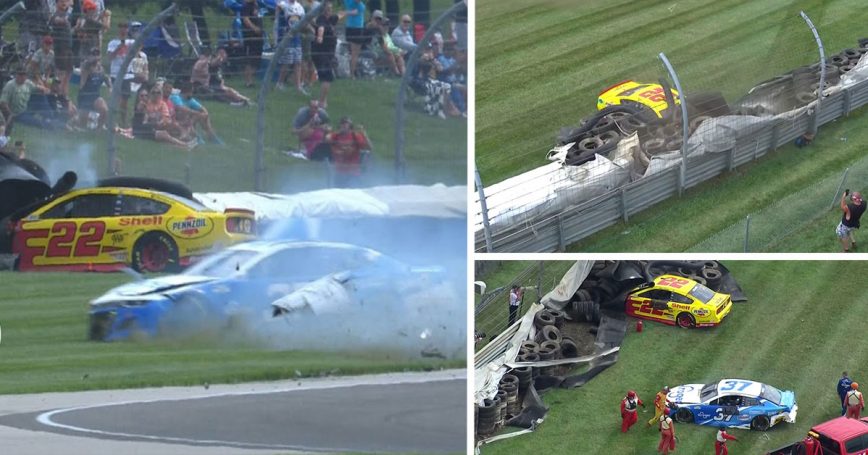