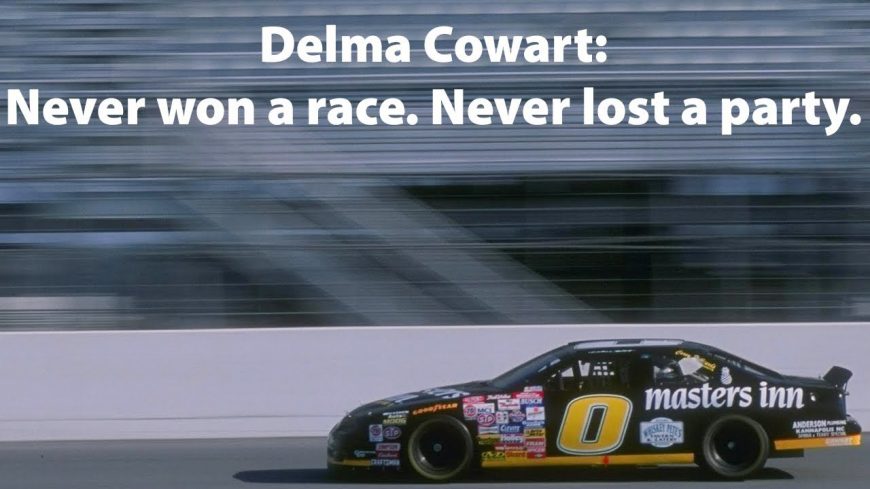 To make a long story short, racing is a labor of love. While it might seem like a dream job, the pursuit requires a heck of a lot of work. It’s certainly not going to be something that someone does just to get invited to NASCAR parties… or is it?

As it turns out, there is one guy that not many racing fans have heard of. Perhaps that’s because his win record was basically non-existent. He certainly managed to put together quite the reputation nonetheless.

For most drivers, their reason for getting into racing might have something to with their family’s heritage. It seems to be a pastime that is handed down from one generation to the next. Perhaps others have a burning passion to be behind the wheel. You kind of have to in order to stay motivated enough to compete.

What did Delma Cowart say was the reason behind him getting into the sport? When asked this question, he would allude to the fact that you had to have a race car in order to get into the party. We’re not sure if this was a jovial answer to a question or a legitimate effort.

What we do know, though, is that if Cowart really wanted to party, he was willing to work for it. While many racers strive for winnings to power their rides and bring in sponsors, Cowart would simply work odd jobs to fuel his racing/party habit. It’s not the strangest story that we’ve ever heard in racing, but it definitely isn’t the norm.

By following along in the video below, we get the full rundown from Cowart himself as we learn what he’s really about. If everything coming out of his mouth is true, then this guy is really dedicated to getting down with a party!

« The Top 5 Craziest Cars Jay Leno Has Ever Featured