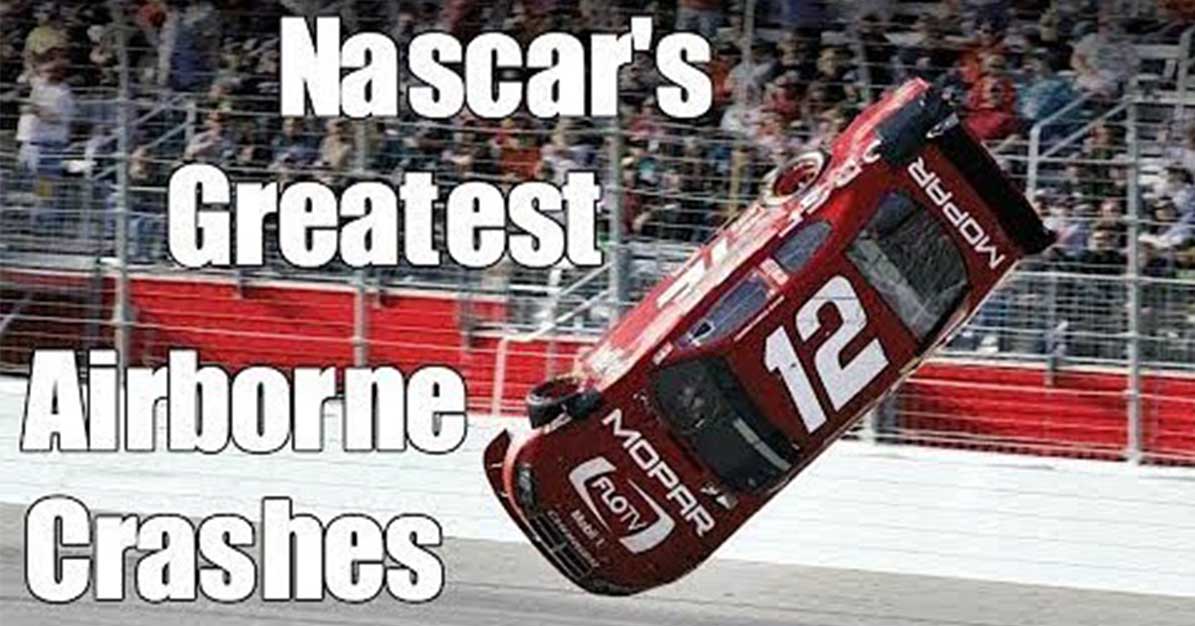 When it comes to competition on a NASCAR track, we really never know what’s going to happen. Sometimes, drivers can get heated out there and other times, a human error comes into play. In any situation, just about every race has a crash in one way or another. In fact, there are some races that can really get out of hand and we can even find that more than half of the starting grid ends up decommissioned because of damage done to their cars.

When these crashes do happen, they are definitely a spectacle that would draw in the attention of even the most casual automotive fan. There’s just something about watching a race car go airborne that really can capture the attention.

This time, we tune in with a little compilation video that takes a trip down memory lane, recapping some of the most insane moments in NASCAR history, well, at least when it comes to accidents. This compilation is strictly limited to the cars that have gone airborne in the process. While this can definitely be a scary situation to be a part of, the safety equipment in these cars has come so far that serious injury is truly few and far between.

By following along with the video below, we get a glimpse at some of the airborne antics that have happened in between those concrete walls. We’re sure that no driver comes to the track with the mindset that they are probably going to go airborne. However, you never know what might happen and it’s always a good idea to be prepared for the worst.

While each and every one of these situations definitely has its own merit, be sure to tell us which one of these airborne accidents you find to be the wildest of the bunch.

« How to Find the Best Budget Friendly Project Car