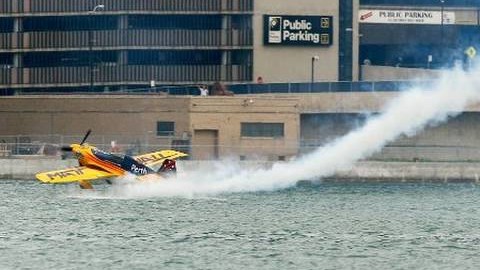 The threat of a crash is a stressful situation to begin with, but when the factors of flying thorough air and looming water below are factored in to the equation, the stress level shoots off the charts.

Australia’s Matt Hall had a rather close call during the first Qualifying session at the Red Bull Air Race in Windsor when his plane touched the surface of the Detroit River.

Check out the video below as the pilot is able to pull the plane up at the last second in what was most definitely a super close call. After the recovery, the pilot was able to return to safety.