If you’ve been paying attention to the design themes that you’ll find ...

If you’ve been paying attention to the design themes that you’ll find just about any automaker taking part in, you might have taken notice that one underlying storyline that’s defined throughout all them is that of nostalgia.

Now, we aren’t saying that they’re making the exact same replicas of cars and trucks that you’ve seen years ago but sometimes, certain design cues are picked, modified, and applied to newer vehicles.This way, people can get that nostalgic feeling along with a little bit something new.

This time, we take the time to check out a Chevrolet Silverado that has been modified entirely for the purpose of nostalgia as it’s been taken from its original self to something else entirely called the “Cheyenne Super 10 Silverado.” The basic idea here is that the color scheme, wheel design, and other stylistic cues have been borrowed from old-school Chevrolet Cheyenne trucks and applied to the 2018 version of Chevy’s flagship pickup in the Silverado. The opinion might be a little bit polar here from person to person as some will love it and some will probably hate it but it’s certainly designed to make you stop to look twice to see what it’s all about.

If you check out the video below, you’ll get an inside scoop on this brand-new pickup truck that takes a thought or two from it’s older brother, putting them down on a canvas that’s new but also pretty familiar if you’ve ever checked out the older trucks that it borrows the design from. We have to admit that this ode to the old school chevy pickup is one that took quite some time to perfect and It looks to us like whoever was behind this design really did a good job of making sure that it caught the essence of trucks of old.

The Tailgate on the 2019 GMC Sierra, So Many Hidden Features It'll Blow Your Mind 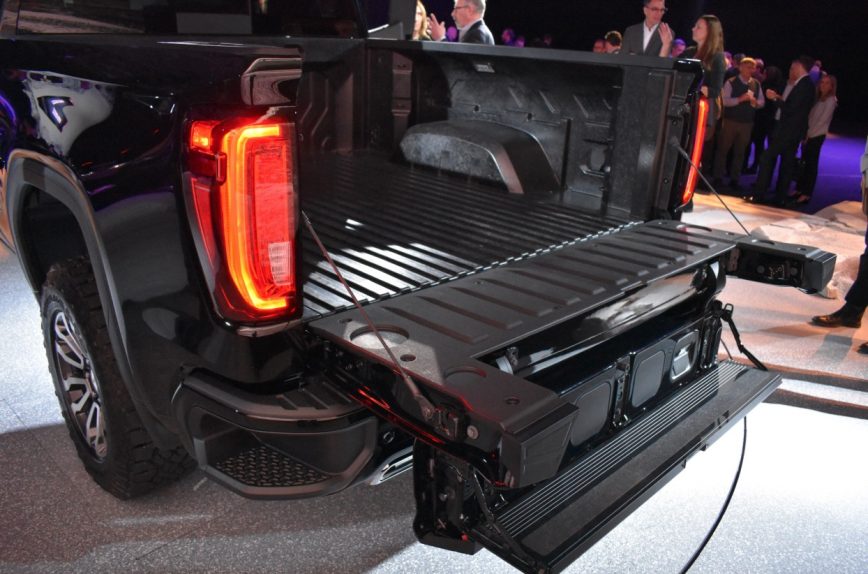