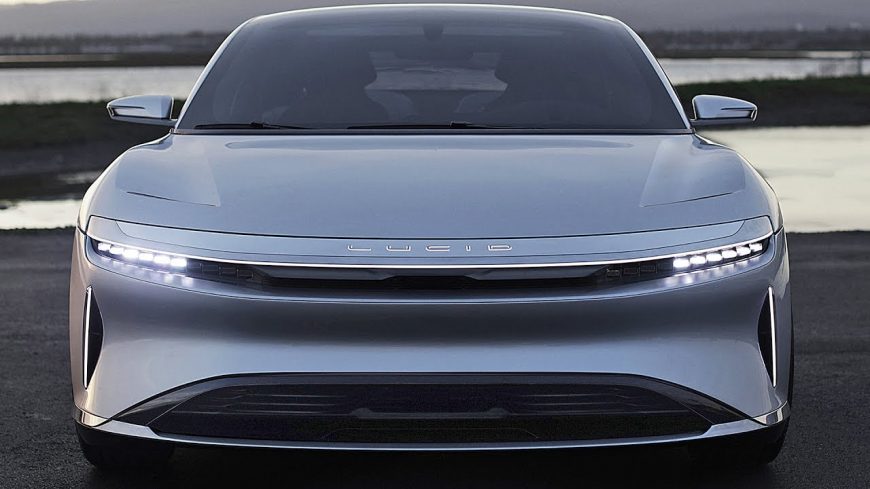 When you think of electric cars, there is really only one name that comes to the mind as the best in the business in this current age. Of course, we are talking about the brand that somehow managed to take a niche concept like the electric car and make it cool and the brand is known as none other than Tesla. As a brand that has essentially led the charge in the next generation of electric, you’d imagine that Tesla would bring on its fair share of competitors who are looking to take their place amongst the highest ranks. You know what they say, in comparison marketing, the little guy is always the one trying to compare themselves to the big dog in order to gain an edge and that’s what we see here.

This time, that “little guy” just so happens to be the Lucid Air, a vehicle that plans on making its mark by maximizing space and throwing a bunch of technological novelties into the mix. When you think of this car, I think that it’s a safe comparison to think high-end luxury car meets electric in one vehicle that really wants to bring it all. With that combination and a price tag of $52,000, it looks like the Lucid Air plans on trying to take a stab at the market. When trying to compete with the low-priced Tesla Model 3 and already well established Tesla Model S, I’m not really sure how much luck they’re going to have but with this valiant marketing effort, you might see these things peeking in here and there to try and steal a touch of market share.

Check out the video down below that it attempts to explain why the company behind this thing thinks that it’s the next best thing since sliced bread. As this market expands, only time will tell if there will be any true competition to Tesla in the near future but, it looks like they are definitely going to be machines making a valiant effort. Where there is money to be had, you can bet your bottom dollar that there will be all sorts of names trying to go out there and grab it. Will the Lucid Air fit that bill?

« Over 100,000 Non Operational Vehicles Being Sent to Royal Purple Raceway After Hurricane Harvey