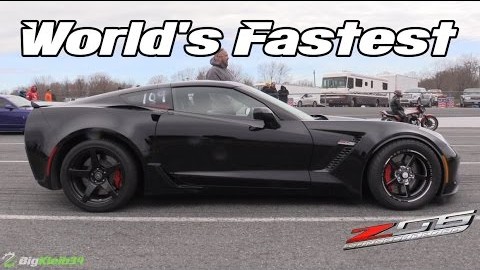 It’s getting to be that time. The C7 Chevrolet Corvette Z06 has been out a full season and moving into its second season, we should really start to see the records flowing in.

The latest to take their shot at the record books is Horsepower Addicts with their Z that we think to be quite impressive as it bolts down the quarter mile with truly minimal mods.

Featuring just a lower pulley, cold air intake, and X-Pipe, this street machine sitting on drag radials was able to squeak its way into the record books in just its first pass of the season before rain would cut test and tune short.

Check out the video below that shows the car rocketing down the quarter mile in just 9.814-seconds to become the quickest of its kind. Don’t be surprised if you see the same car making this record fall yet again.