When you want to announce to the world that you have a new model in your lineup, ...

When you want to announce to the world that you have a new model in your lineup, there’s no better way to get people buzzing than to use the new platform to set a world record. Jaguar’s new compact SUV, the E-PACE, is a great looking new ride and Jaguar wanted to do something to really grab the attention of the public when the SUV was launched, so they decided to literally launch it!

Using a specially designed ramp and some math the likes of which most of us couldn’t do if our lives depended on it, the folks a Jaguar planned this jump carefully, working with renown stunt driver Terry Grant, who was behind the wheel and likely helped with the planning of the stunt as well. We aren’t sure if there were any E-PACE SUV’s demolished during preliminary trial runs or if they managed to get it right on the first try, but we do know they nailed it in this attempt and, first time for fiftieth, it is a sight to behold for sure.

With a short run up, the Jag hit the perfectly uneven ramp at just the right speed, sending the SUV hurtling through the air. With the perfect combination of speed, lift, and twist, the E-PACE completed an effortless-looking 270 degree barrel roll, traveling 15.3 meters, or 50 feet for us here in the States, through the air. Grant landed almost perfectly, driving down the dirt landing ramp like he’d done this 1,000 times.

Thanks to multiple camera angles, we get to see the stunt play out from several perspectives, giving us a great look at all sides of the new ride. We certainly are far more into the Jaguar SUV line than we ever had been before, so maybe other car companies will take note of this effective marketing strategy when it comes time to launch a new ride. 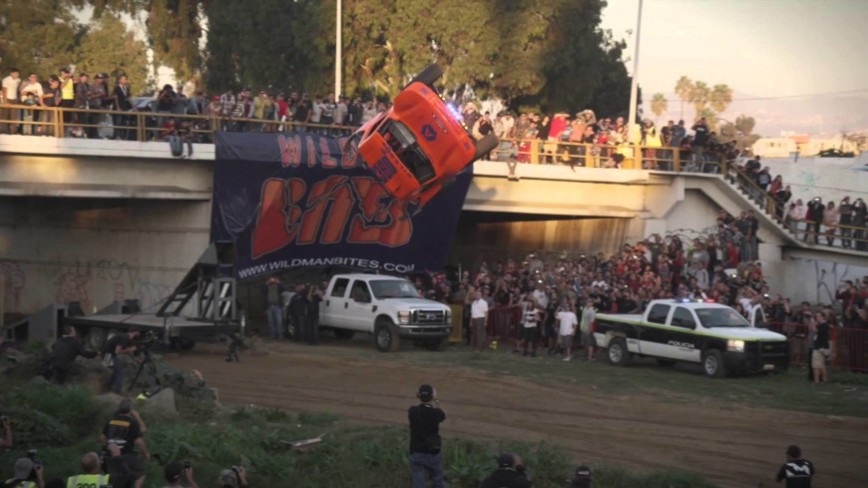