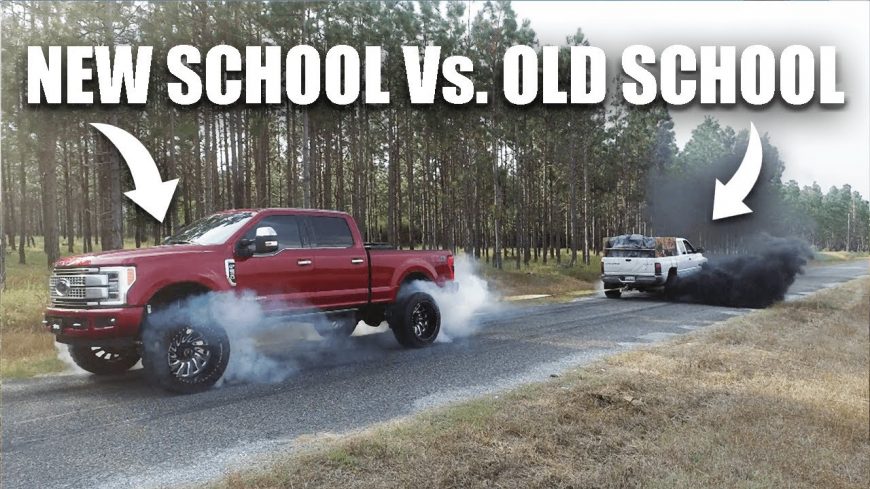 Sometimes, when it comes to comparing trucks, there can be a little bit of a divide. Obviously, there are folks who have their own favorite preference in the brand. There are individuals who will live and die by a single brand of the vehicle for their entire lives. This can definitely be the source of a little bit of controversy and a good old-fashioned debate in the garage.

On the other hand, there’s another debate unfolding in garages across the world that is pretty interesting as well. This debate surrounds the concept of new school versus old school. On one hand, there are folks who agree that new school technology is simply too convenient and efficient to deny. With some of these newer vehicles, they’re making power on an all-new level and are efficient to the point where we can get ultimate fuel economy without sacrificing anything.

On the other hand, though, there are people who will stick up for the simplicity and effectiveness of old school technology. These folks might argue that this newer technology is only going to serve to complicate things. Sure, it might have a little bit of upside. However, this camp will argue that the simplicity of an old-school design will be a lot more efficient in the long run.

This time, we get to watch the battle that puts new school and old school up against one another in quite the head-to-head fashion… or should we say tail-to-tail?

In this one, we watch as a newer 6.7 L Power Stroke powered Ford takes on an old school Dodge 5.9 Cummins. As the two throw down in the tug-of-war, we know that this is going to prove the ultimate situation for bragging rights.

Whoever loses this one is never going to hear the end of it. We can practically hear the smack talk already!