New Technology to Puncture Tires and Stop Cars Within a Second

New Technology to Puncture Tires and Stop Cars Within a Second

Even if police are engaged in a pursuit with a suspect to doesn’t want to yield ...

Even if police are engaged in a pursuit with a suspect to doesn’t want to yield to the law, it’s important that the suspect be taken in with their safety in mind. Sometimes, if the person running away doesn’t want to stop, there isn’t too much that the police can do to keep everyone safe but with the way the technology is evolving, that might be able to change.

This time, we check out some new technology that’s designed to help and disable a motor vehicle as it’s running down the road away from the police, all without sending the car or truck out of control. As you can imagine, throwing out a spike strip at high speed could mean danger for not only the person behind the wheel but also people within range of the scene.

Head down to the video below to check out this new form of spike strip that will puncture the tires and wrap them up as well while bringing the car or truck to a halt in a hurry without bringing about as much carnage as a traditional spike strip. Apparently, this thing can hold up to 20,000 pounds of force back!  Be sure to tell us what you think of this design that could be a little bit safer for everyone involved. 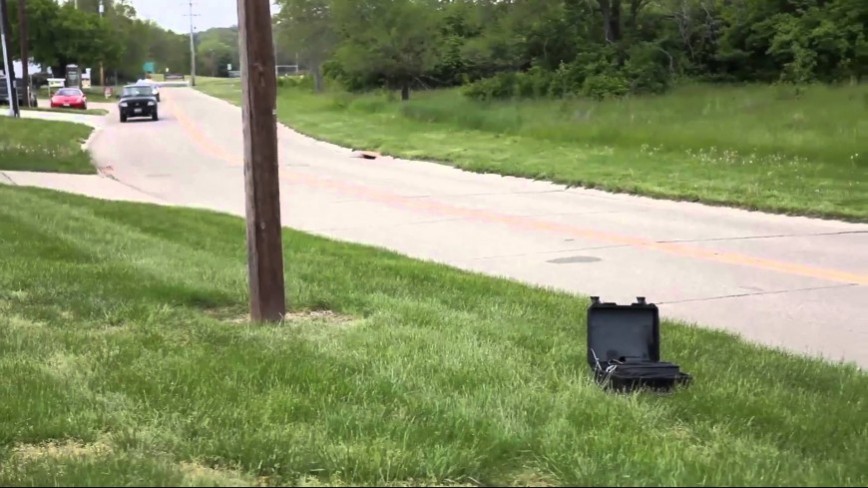